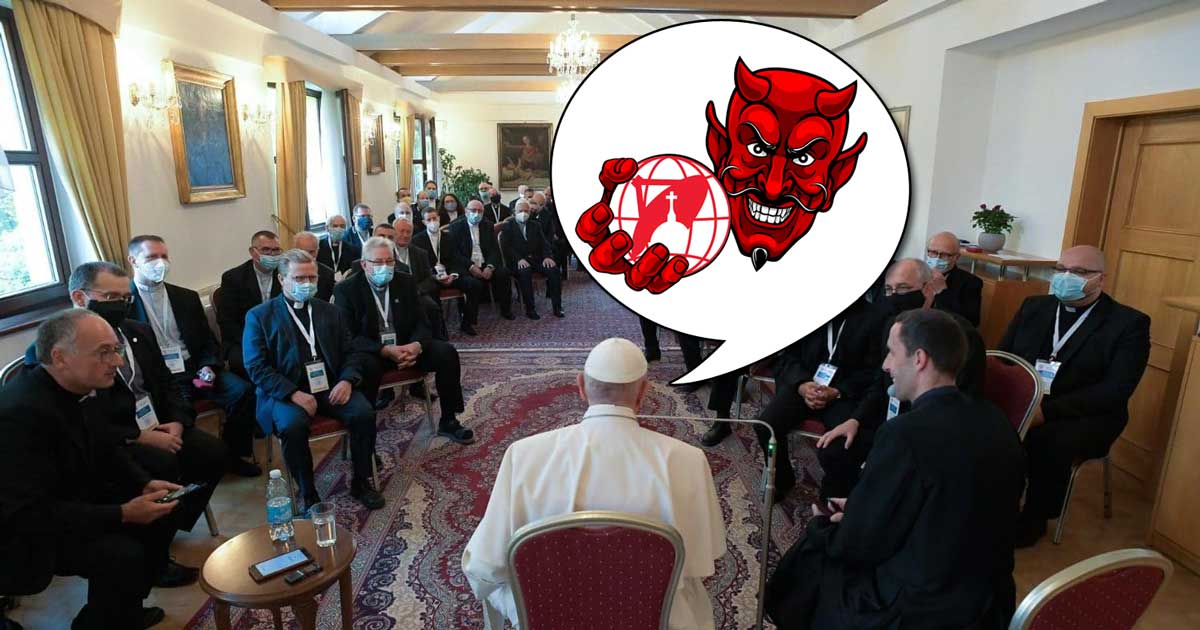 Pope Francis has lashed out at the Eternal Word Television Network (EWTN), saying: “They are the work of the devil.”

During a meeting with Jesuits in Slovakia, the Pontiff spoke of “a large Catholic television channel that has no hesitation in continually speaking ill of the Pope.” Although he did not name the network, the reference clearly was to EWTN. “I personally deserve attacks and insults because I am a sinner,” the Pontiff said; “but the Church does not deserve them.”

Pope Francis said that he had “said this to some of them”—apparently indicating that he had lodged complaints with some representatives of the American television network. His public remarks could put more pressure on EWTN, a network that has built up a large international following in part because of its willingness to tackle controversial issues.

The Pope’s question-and-answer session with Jesuits occurred on September 12, during his visit to Slovakia. A full transcript of the session was released on September 21.

During the same session, Pope Francis also expressed impatience with priests who “make nasty comments about me,” complaining that “they make judgments without entering into a real dialogue.”