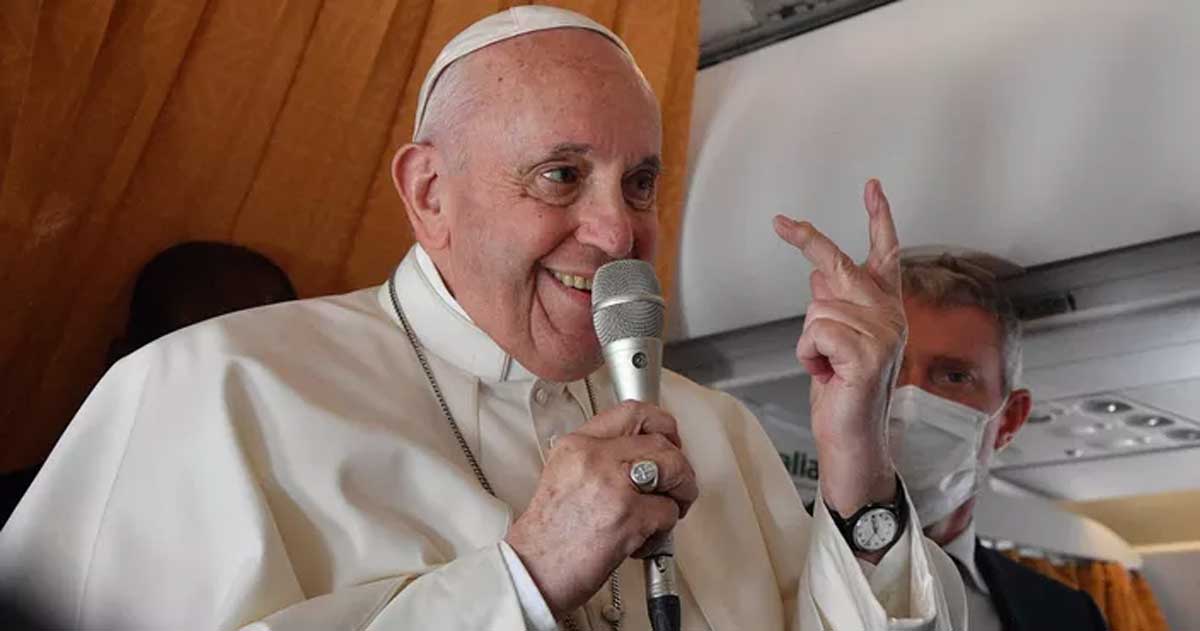 The Pope’s comments have been described as ‘apocalyptically scandalous’ for their opposition to the Catholic Church’s rejection of ‘immoral … contrary to right reason’ same-sex unions.

In a new airplane interview Wednesday, Pope Francis once again expressed his support for same-sex civil unions, calling for laws to promote civil unions since “we are all equal.” Nevertheless, he ruled out marriage being opened up to same-sex “couples.”

“If they want to support a homosexual couple in life together, states have the possibility of civilly supporting them,” stated the pontiff in remarks translated differently by various news outlets.

The comments prompted concern among Catholics. Br. Martin Navarro Ob. S.A. warned that the Pope’s support for same-sex unions “is tacitly equating a same-sex union with a family.”