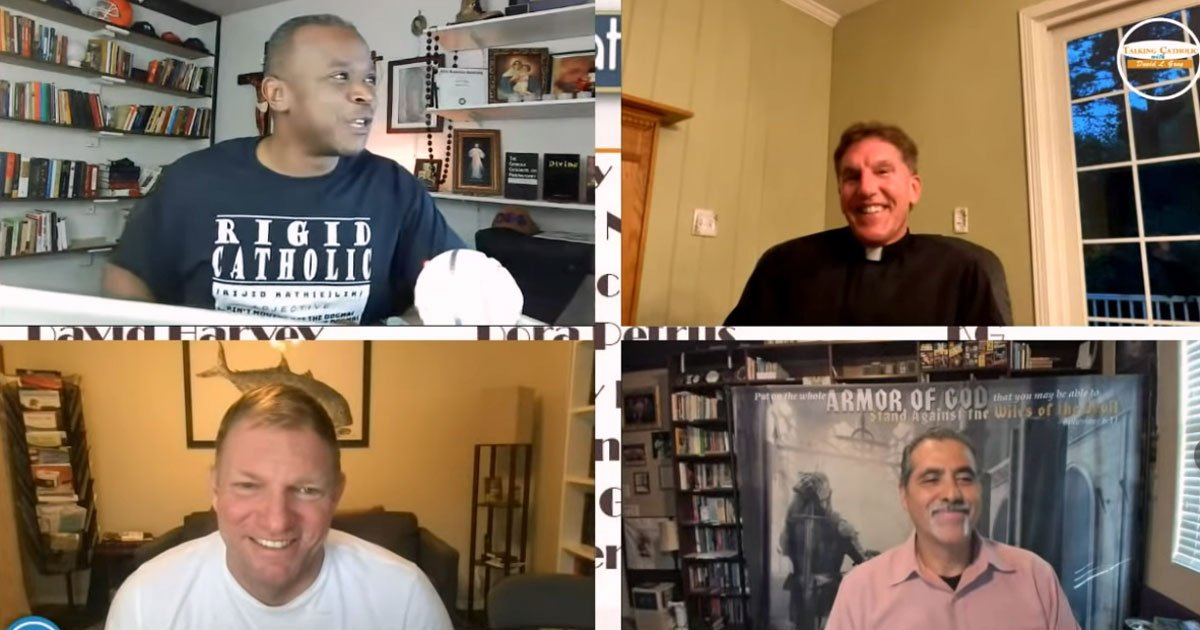 Mark your calendar for Friday, September 10 when the Coalition for Canceled Priests is hosting a Rally of Reparation in Chicago, IL from noon to 3:00p.m. The event will feature Fr. James Altman, Jesse Romero, Jason Jones and David Gray and will be lived streamed at CanceledPriests.org for those who cannot attend in person.

Here’s an related update from One Mad Mom, one of the co-sponsors of this event:

When I read the comments by Fr. Brandt, after he gave the Eucharist to Lori Lightfoot, that Cardinal Cupich tapped him at the last minute and said he was “going to sit this one out”, I didn’t find it shocking at all.  It’s one of the hallmarks of his episcopacy. I fully expect Father Brandt will have to put out some sort of retraction, because Cardinal Cupich is a tyrannical narcissist and persecuting his priests and seminarians is LITERALLY the only skill at which he excels. Upholding Catholicism? Not so much. I have no idea why they chose him to be the darling of Chicago other than, maybe, because he doesn’t look like he’s one heartbeat away from a stroke and he’s got a full head of hair. And, of course, his utter willingness to sideline his priests and seminarians who don’t bow to his every whim. Whatever the reason, Rome should be embarrassed by the appointment of someone who’s embraced being the leading elitist cleric in the United States.

So, why do I believe this?  Well, just look at some of the highlights of his episcopacy, shall we?

I am sure there are other examples but you get the drift.

The only time the guy doesn’t sit it out is when he makes a fool of himself as he did when he relegated abuse victims to the same status as he has of the unborn and the Eucharist – NOT IMPORTANT. Then? Then he’ll  mandate his priests read a lie from every pulpit in the diocese saying he was taken out of context.  So, in short, he had them read a lie.

Sorry Rome. He is a narcissistic, elitist fool. He the very definition of “clerical” and the faithful will make reparation for his moral and spiritual offenses and sacrilege on September 10th in Chicago.  https://www.canceledpriests.org/event/reparation-now-uncancel-the-faithful/  That is what the faithful are called to do by Our Lady, and so we shall. Jesse Romero does an excellent job of explaining why you should too. https://youtu.be/17OhNAbwhG8?t=3237 We need to make reparation because of Cardinal Cupich and for him.

“O Jesus, it is for the love of Thee, in reparation for the offences committed against the Immaculate Heart of Mary, and for the conversion of poor sinners.”