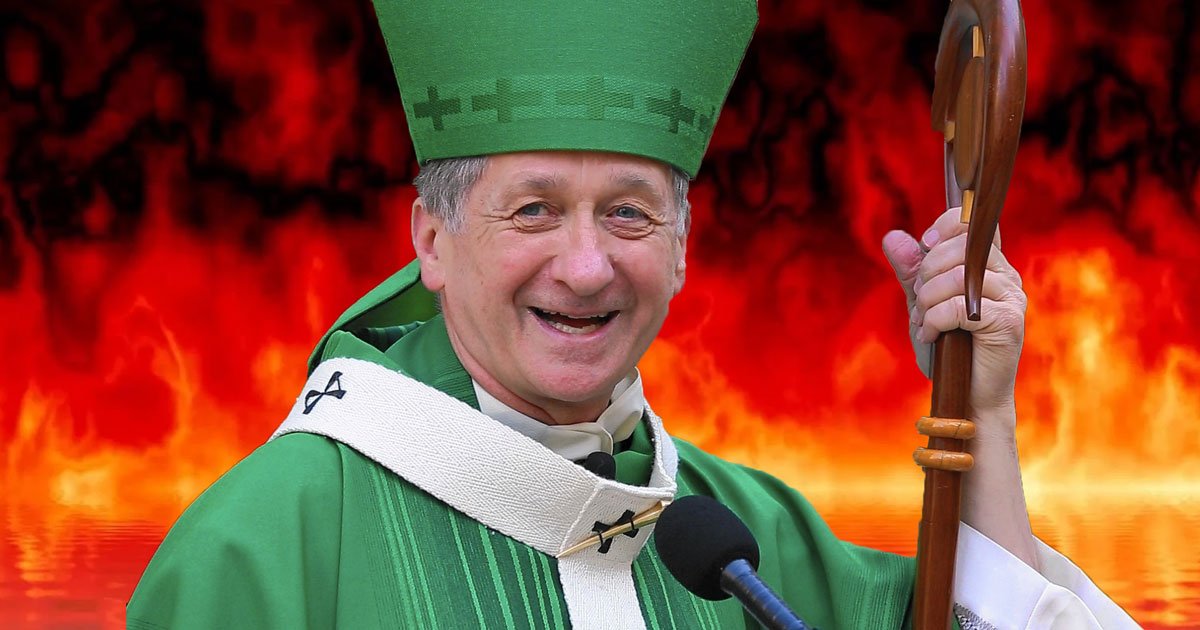 Now more than ever we need to pray and make reparation for the Archdiocese of Chicago. Let’s just look at ONE week in review. Maybe you won’t think my title question too out there. One is totally free to wonder what in the heck is wrong with him.

Sacrilege of the Eucharist is far and away his worst crime of the week. Cardinal Cupich allowed Lori Lightfoot to receive Holy Communion. https://www.catholicnewsagency.com/news/248732/police-chaplain-gave-non-catholic-chicago-mayor-communion-at-ella-frenchs-funeral And, yes, I hold him responsible as the main celebrant. At the very least, he should have given the usual “if there are any non-Catholics or those not able to receive” speech, but let’s be honest, with the last second tap to “sit it out”, Cardinal Cupich and Lori Lightfoot set up poor Fr. Brandt. One might think “sitting out of the Eucharist” is quite telling of a cardinal. Lightfoot isn’t an idiot. She knows she isn’t allowed to receive and it had NOTHING to do with solidarity with the family.

Next, Cardinal Cupich followed that up with a vaccine mandate for his employees, but he actually cited a document from the Vatican that said that there shouldn’t be mandates and it must be voluntary. https://www.catholicculture.org/commentary/misuse-church-authority-on-vaccination/  Hello, Cardinal Primacy of Conscience (you know, that thing he always gets wrong)! Hypocritical much?