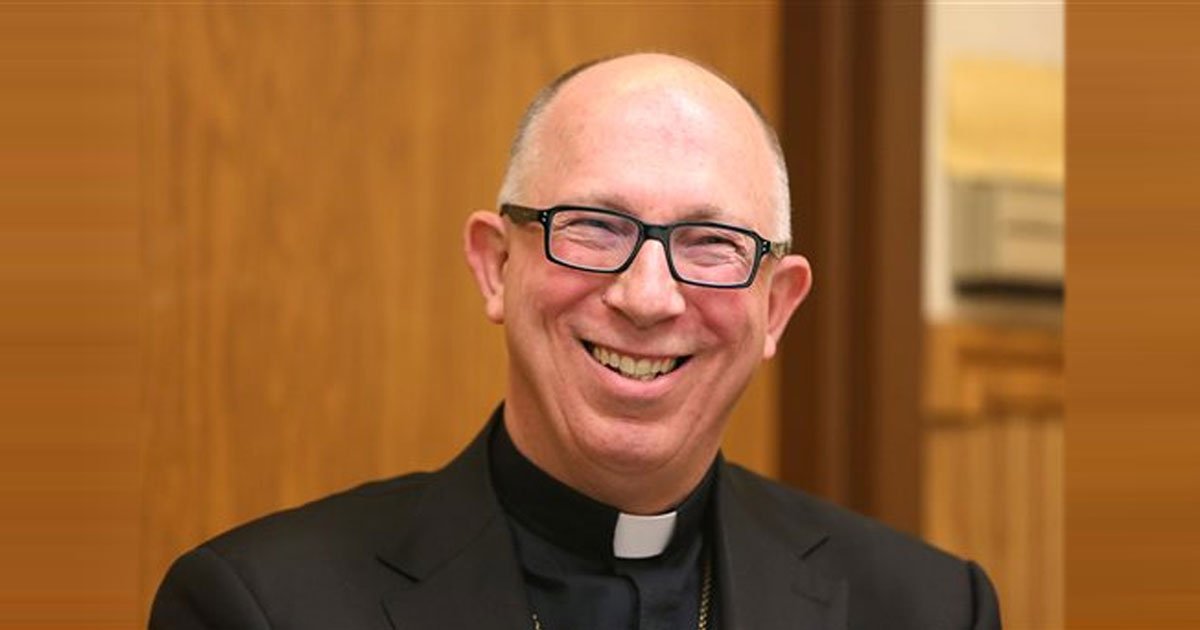 Archbishop Jackels: practice what you preach!

Back in February, Archbishop Michael Jackels of the Archdiocese of Dubuque, Iowa issued a pastoral letter urging his flock to recite a prayer to St. Joseph for an increase in the virtues of charity, unity, and humility.

I’m asking Catholics in the Archdiocese of Dubuque to recite a prayer to St. Joseph (see below) on the 19th of the month, from March through November – a novena of 19s – for charity, unity, and humility in our Church, and in our Country:

But in a recent letter responding to an event featuring Fr. Altman sponsored by a local Catholic radio station, Archbishop Jackels clearly failed to exhibit any of these virtues:

Various folks are asking for a comment from the Archbishop regarding a Dubuque-based radio station and a speaker event it is sponsoring.

It isn’t a Catholic radio station per se. Its directors are Catholic. It airs Catholic programs. But it has no formal relationship with the Church or the Archdiocese.

To make use of the term “Catholic” requires the permission of the local bishop, which has not been given to this radio station for two reasons:

For these reasons, the radio station shouldn’t in any way be associated with archdiocesan parishes, so as to avoid confusion about its relation to the Church.

And this applies most definitely to the speaker event featuring Father James Altman.

He is a priest of the Diocese of La Crosse, but not in good standing. As a consequence, he may not celebrate Holy Mass or the sacraments in the Archdiocese of Dubuque.

Also, at a recent speaking event he stated that some Vatican II documents are “bad news” and contain “sketchy stuff” which he says opens up the way to heresy.

He went on to say that Bishop Barron is in error for teaching from those documents, and that he should take back what he said, or be thrown out of the Catholic Church.

If that wasn’t bad enough, the room full of Catholics who paid money to hear that priest speak, hooted and hollered, clapping loudly in approval!

For those reasons, but also because the priest claims COVID is a con, and that it’s a sin to vote for or be a Democrat, faithful Catholics should not attend that event.

Jackels statement elicited the following response from Fr. John Lovell of the Coalition for Canceled Priests:

On behalf of the Coalition for Canceled Priests, I wish to share my disappointment over your 8/12/21 statement about Aquinas Communications FM 98.3 KCRD and Fr. James Altman.

I note with interest that you did not mention the name of the radio station in your letter. Why did you not share with those in your Archdiocese the Values, Mission, and Vision of KCRD? Please permit me the opportunity to present them here for your review:

Vision
Our vision is a world culture grounded in Catholic Tradition, making a better life for people, and for each person to become saints with everlasting life in Heaven.

One would hope that a Catholic Archbishop would cheer an apostolate of the Catholic laity like KCRD that operates in his Archdiocese. Especially one that values critical thinking, something that has been lacking in public discourse the last several decades. KCRD airs both EWTN and Relevant Radio programming. I think we can agree that neither of these outlets are schismatic. In fact, KCRD is following Mother Angelica who wanted her network to be independent of the bishops. Some bishops at the time took umbrage with her – but given the fruits of Mother Angelica’s labors -I have no doubt that one day she will be declared a saint.

I find your argument for using the term “Catholic” to be a strawman argument. I scoured the KCRD website for any claims on the word “Catholic” and there are none. Their Mission Statement in fact seems to support what you said in your statement, “Its directors are Catholic. It airs Catholic programs.” They seem to take Canon 212 of the Code of Canon Law seriously. Following Canon 212 might cause the ire of certain members of the hierarchy, but I hope you agree that the laity and clergy under your care have the right and duty to voice their concerns and objections- even if you disagree. Moreover, just as they should voice such concerns respectfully and clearly, your response should be one of a loving father- with the utmost charity.

With all due respect to your office, your statement lacked even nominal charity towards members of your flock and Fr. James Altman, a fellow priest in the Lord’s vineyard. I showed your statement to a priest canonist and he simply said, “As far as Canon Law is concerned, one cannot fault the archbishop’s argument. Nevertheless, it appears rather inane to claim that the radio station isn’t Catholic because it is hosting Fr. Altman. In other words, although the argument is canonically sound, it makes the archbishop rather disreputable.” You seem to “cherry pick” what Fr. Altman says to bolster your argument. I am honored to consider Fr. Altman a friend and confidant. While he and I have a different style of speaking, I admire his sincerity and forthrightness and so do tens of thousands of laity who find this lacking from so many bishops and priests.

You seem irritated by how the laity have responded stating, “If that wasn’t bad enough, the room full of Catholics who paid money to hear that priest [Fr. Altman] speak, hooted and hollered, clapping loudly in approval!” The laity are fed up with a hierarchy that seems to have given into secular culture. In short, your statement comes across as, with all due respect, tone deaf. The Church is dwindling and the Archdiocese of Dubuque is a perfect example of this collapse. Before the Second Vatican Council, Dubuque was nicknamed “Little Rome.” It had a large presbyterate, many beautiful parishes and schools, and it was home to the provincial houses of many religious (especially teaching) orders. Most of those religious houses have closed, and those that remain have a dwindling number of sisters, many of whom are more heterodox than orthodox. Parishes are being shuttered,
and in some cases, sold and turned into secular wedding venues. Much of this decay started long before you became archbishop, yet you are critical of an apostolate that is trying to rebuild what was once a mighty and robust archdiocese. One must ask, “why?”

I am a priest incarnated right across the Mississippi in the Diocese of Rockford. Sadly, Bishop Malloy has made it his mission to sideline priests who he deems to be too traditional and too orthodox. I am sure you are generally aware of the numbers of traditional priests who are canceled by some of your fellow bishops, but yet did you step forward to question a brother bishop who is your neighbor? Or do you follow the Nebraskan maxim, “not my pig, not my farm?” It is sad because Dubuque could certainly use faithful priests who are being canceled right across the river.

In conclusion, and with utmost humility, I respectfully request your Excellency to rescind your statement and to attend the fundraiser. Please be amongst your sheep who are crying out for a shepherd who smells like them. At the very least, please do invite Fr. Altman and me to sit down and break bread with you. I know that after listening to brother priests you will have a different opinion of Fr. Altman and canceled priests in general. Let us move forward, together, serving Christ and His bride our beloved Holy Mother Church. To that end, please know that the Coalition for Canceled Priests is praying for you and your intentions. May God Bless you!

Sincerely Yours in Christ,
The Rev. John P. Lovell

TAKE ACTION: Contact Archbishop Jackels and let him know what you think about his letter directed to Fr. Altman, KCRD radio and lay persons in attendance at the event.