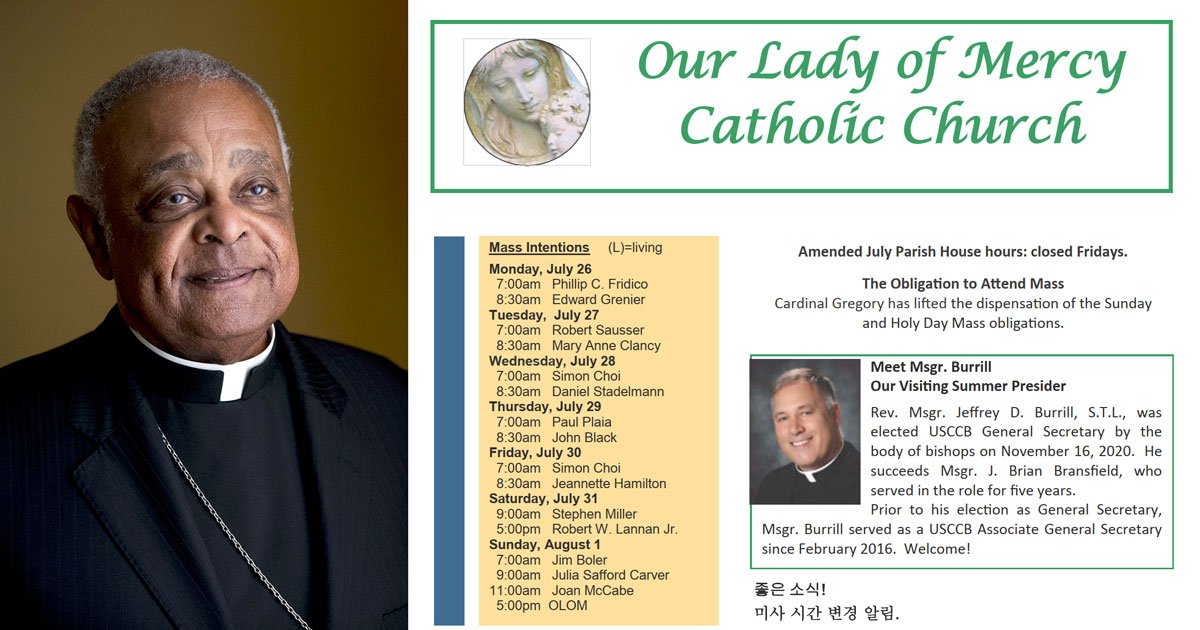 In a recent parish bulletin, Monsignor Jeffrey Burrill was featured as a visiting presider at Our Lady of Mercy in Potomac, Maryland.  Burrill was forced to resign as the USCCB’s general secretary for sexual misconduct. 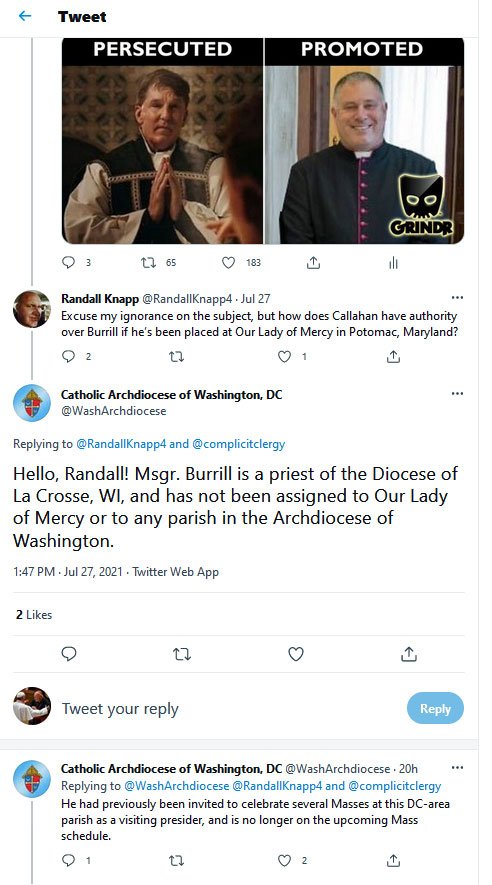 Cardinal Gregory had the common sense to remove Burrill from ministry within his Archdiocese, but this does not appear to be the case in Burrill’s home diocese of La Crosse, Wisconsin, where he is apparently still considered a priest in good standing.