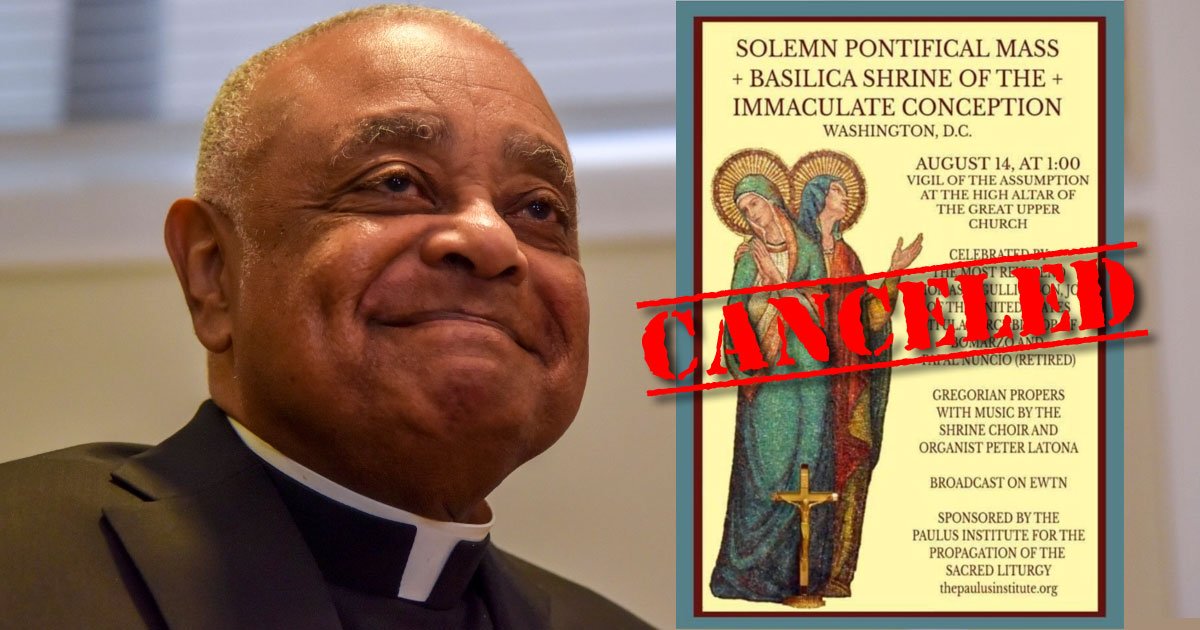 A pontifical high Mass had been planned for 14 August in the Basilica of the National Shrine of the Immaculate Conception in Washington, D.C.  It was actually supposed to be offered a year ago, but was postponed due to COVID restrictions.  The music was all set.  The clergy were all lined up.  EWTN was going to air it live.

Following Pope Francis’ motu proprio attacking the traditional Latin Mass and placing massive restrictions on Catholics who worship using the old books, Cardinal Wilton Gregory, archbishop of Washington, demanded the celebrant of the planned 14 August Mass — Archbishop Thomas Gullickson — submit a formal request for permission.  Mind you, all permissions had already been attained prior to the motu proprio.  The organizers and funders of the Mass, the Paulus Institute for the Propagation of Sacred Liturgy, had been working with shrine and chancery staff, even in the past few days, on liturgical and logistical details, including rehearsal times.

The pontifical high Mass, which had been planned for well over a year, with numerous Catholics from around the country planning to be in attendance in the largest church in North America, has been canceled 18 days before it was to be offered.

TAKE ACTION: Contact Wilton Gregory and let him know how you feel about his decision.