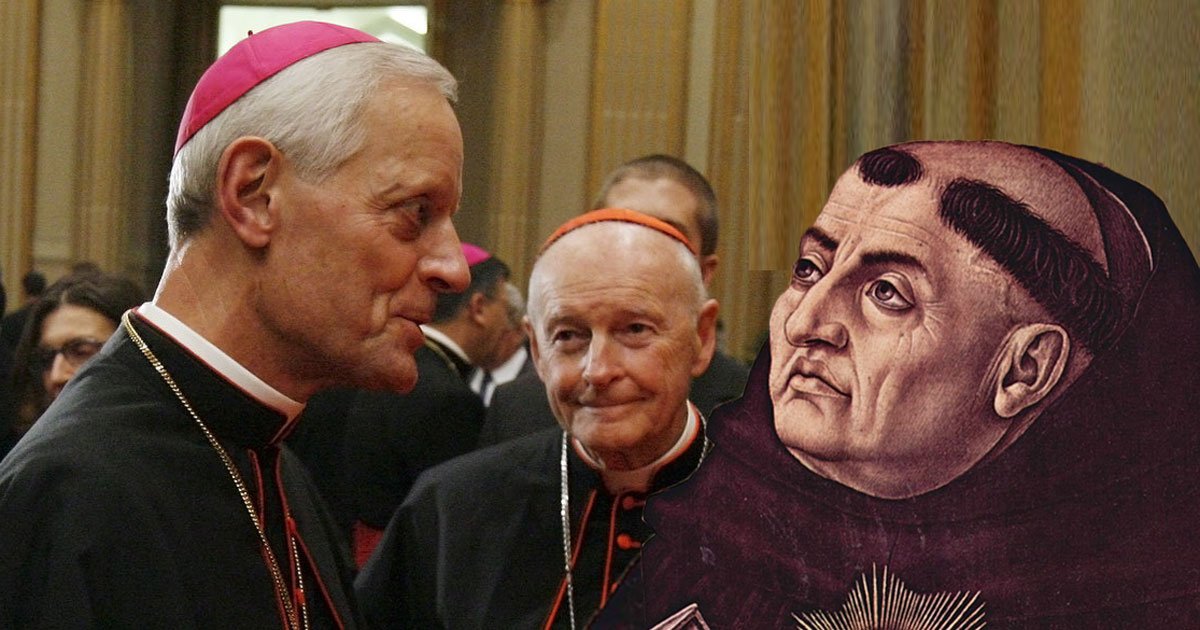 What attitude should a Catholic take toward cruel and arbitrary prelates – for example, those who endlessly stir up division and then shamelessly blame the division on those who note and bemoan the fact? In Quodlibet VIII, Aquinas makes some relevant remarks when addressing the question whether “evil prelates” should be honored. You can find the passage in the Nevitt and Davies translation of Thomas Aquinas’s Quodlibetal Questions, from which I quote:

We can distinguish two things about a prelate: the person himself and his office, which makes him a sort of public person. If a prelate is evil, he should not be honored for the person he is. For honor is respect shown to people as a witness to their virtue. Hence, if we honored such a prelate for the person he is, we would bear false witness about him, which is forbidden in Exodus 20: You shall not bear false witness against your neighbor. But, as a public person, a prelate bears an image and occupies a position in the Church… that does not belong to him but, rather, to someone else, viz. Christ. And, as such, his worth is not determined by the person he is, but by the position he occupies. He is like one of those little stones used as a placeholder for 100 marks on a scale – quite worthless in itself. As Proverbs 26 says: He who gives honor to a fool is like one who puts a stone on Mercury’s heap… So, too, an evil prelate should not be honored because of who he is but because of the one whose position he holds. The case is similar to the veneration of images, which is directed to the things depicted therein, as Damascene says. Hence Zechariah compares an evil prelate to an idol: Woe to the pastor and idol who deserts the flock…

An evil prelate is unworthy to be a prelate and receive the honors due to prelates. But the one whose image the prelate bears is worthy to have his vicar honored, just as the blessed Virgin is worthy to have a painted image of her venerated, although the image itself is not worthy of such respect. (pp. 70-71)

There are two key points here. The first is that when a man is a bad prelate, we should not pretend otherwise merely because of his office. That, Aquinas says, would be a violation of the eighth commandment – a lie. He also compares it to idolatry. An image of Christ or of a saint has no value in itself, but only as a pointer to something beyond it. When we focus on the image itself we turn it into an idol. Similarly, a bad prelate merits honor only because of the office he holds. When we pretend his personal faults are not real, strain to attribute good motives to manifestly unjust acts or hidden wisdom to manifestly foolish utterances, we are like someone who fixates on an image and pretends that the many flaws and limitations it contains as a mere piece of matter must somehow really be divine.