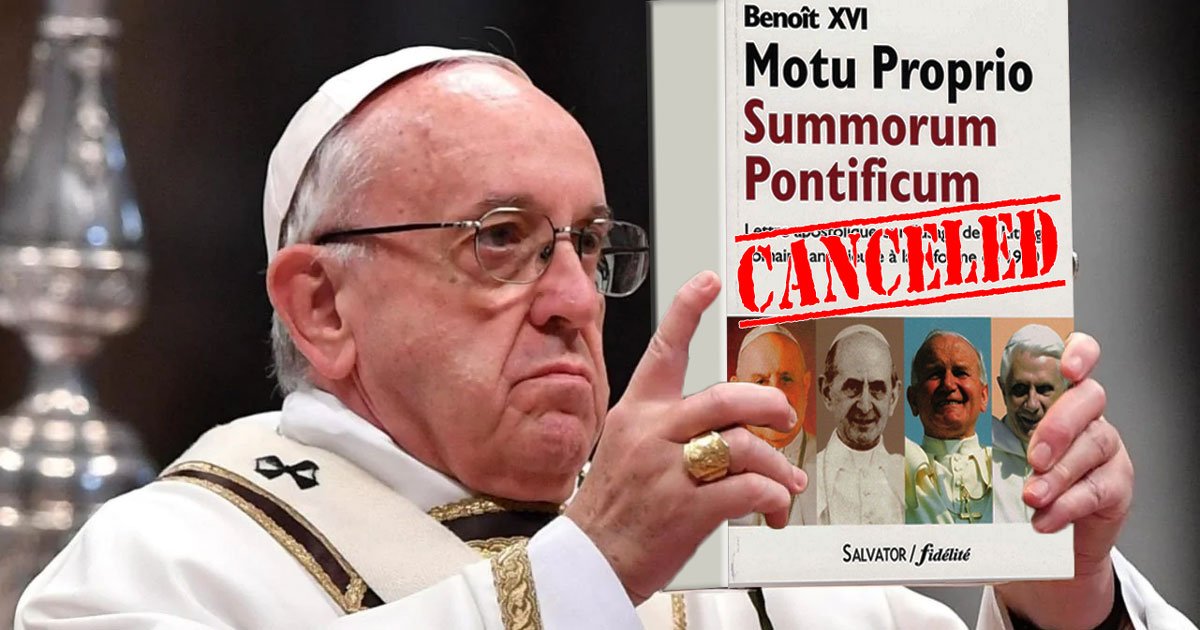 “Previous norms, instructions, permissions and customs that do not conform to the provisions of the present motu proprio are abrogated,” Francis declared in his motu proprio euphemistically titled Traditionis Custodes (Guardians of the Tradition).

The new decree, subtitled “On the Use of the Roman Liturgy Prior to the Reform of 1970,” severely restricts Summorum Pontificum (SP) — Benedict’s 2007 motu proprio which freed priests to celebrate the Tridentine Mass without episcopal encumbrances.

Francis justified his decision in an accompanying letter to bishops, claiming: “In defense of the unity of the Body of Christ, I am constrained to revoke the faculty granted by my predecessors.”