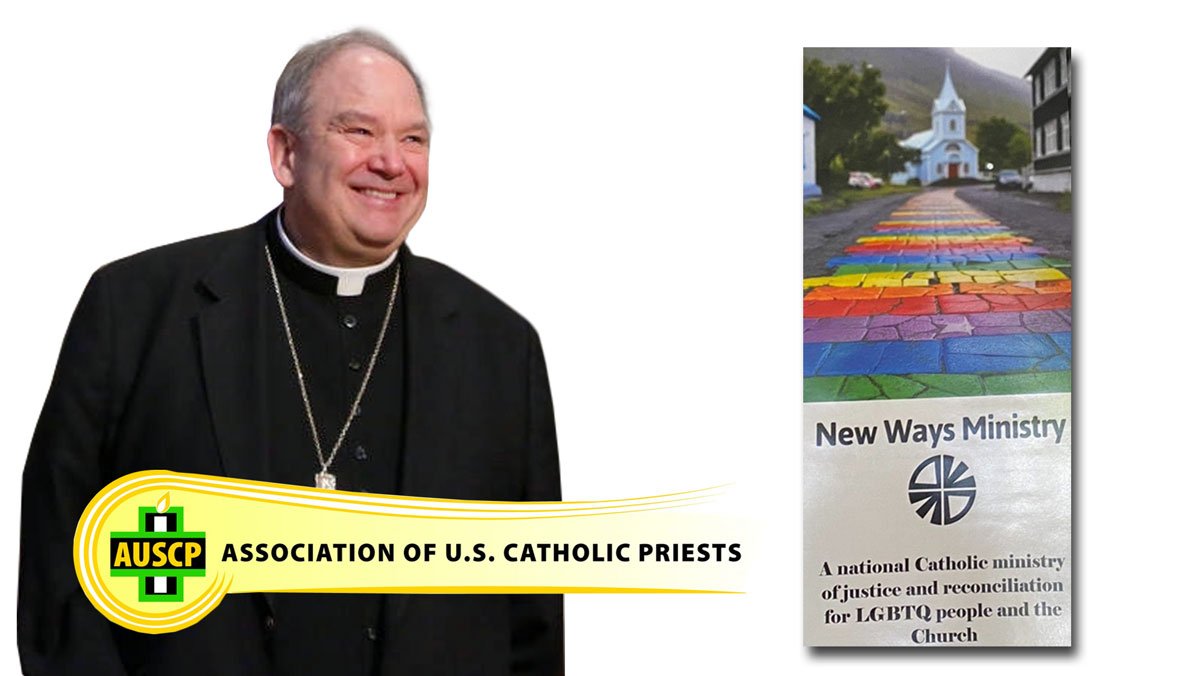 Archbishop Hebda not only refused to denounce the AUSCP ahead of its annual meeting, he reportedly dispatched Bishop Pates to welcome the heretical group to his Archdiocese.

The heretical priest organization, the Association of United States Catholic Priests (AUSCP), recently concluded its annual assembly from June 21-24 in Minneapolis, Minnesota.  On May 24, the Lepanto Institute sent a letter to Archbishop Bernard Hebda of the Archdiocese of St. Paul and Minneapolis asking him to publicly condemn the AUSCP for its heretical positions and forbid the priests from his archdiocese from being involved with the Association in any way.  Included with the letter were several reports regarding the AUSCP, proving its support for women’s ordination, homosexuality, the forcing of Catholic adoption agencies to provide children to homosexual and transgender couples, and its ties with Vatican-condemned organizations.  The Lepanto Institute also provided Abp. Hebda with information regarding Bp. Daniel Thomas’ rebuke of the AUSCP for the confusion and scandal it causes.

Abp. Hebda responded with a letter dated June 17, just five days from the start of the AUSCP’s Annual Assembly.  In his brief letter, Abp. Hebda wrote:

At least two priests from the Archdiocese of Minneapolis and St. Paul are known to have attended the AUSCP Assembly.  Fr. Michael Joncas, who composed the modern liturgical song “On Eagles Wings,” led a retreat for the AUSCP Assembly.

TAKE ACTION: Contact Archbishop Hebda and demand that he immediately publicly denounce the heretical AUSCP. Tell him his failure to do so only confirms his support for their radical agenda.