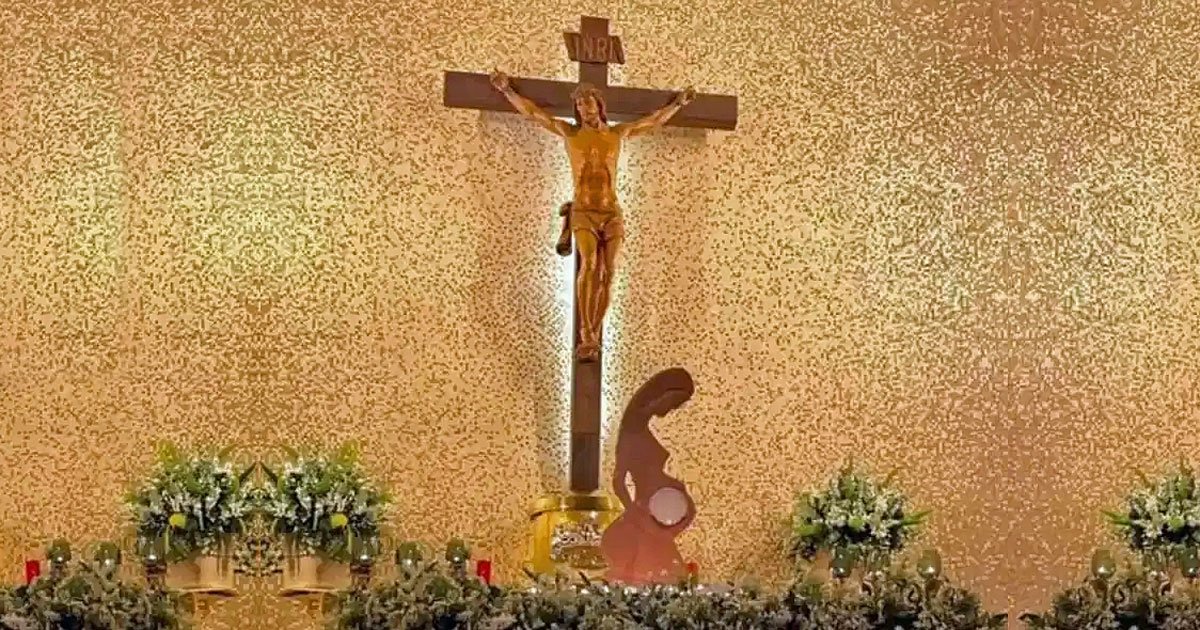 Just when you thought it could not get worse, Marco Tosatti files this report at Stilum Curiae:

Dear friends and enemies of Stilum Curiae, it is really true that truth is stranger than fiction. If I had read in a dystopian novel about the Neo-Church that instead of a monstrance they would use a pagan image, I would have thought, “This author is exaggerating! Who would ever think of or do such a thing?”

But in fact it has happened and is still happening in Guadalajara, Mexico, in the parish of San Juan de Macias, run by a Spanish priest, Juan Pedro Oriol, who as far as they tell me is very powerful, and to whom Cardinal Robles cannot say no to about anything.

Thus the Pachamama-Monstance was used for the first time at a youth meeting, and dominates the high altar, under the crucifix.