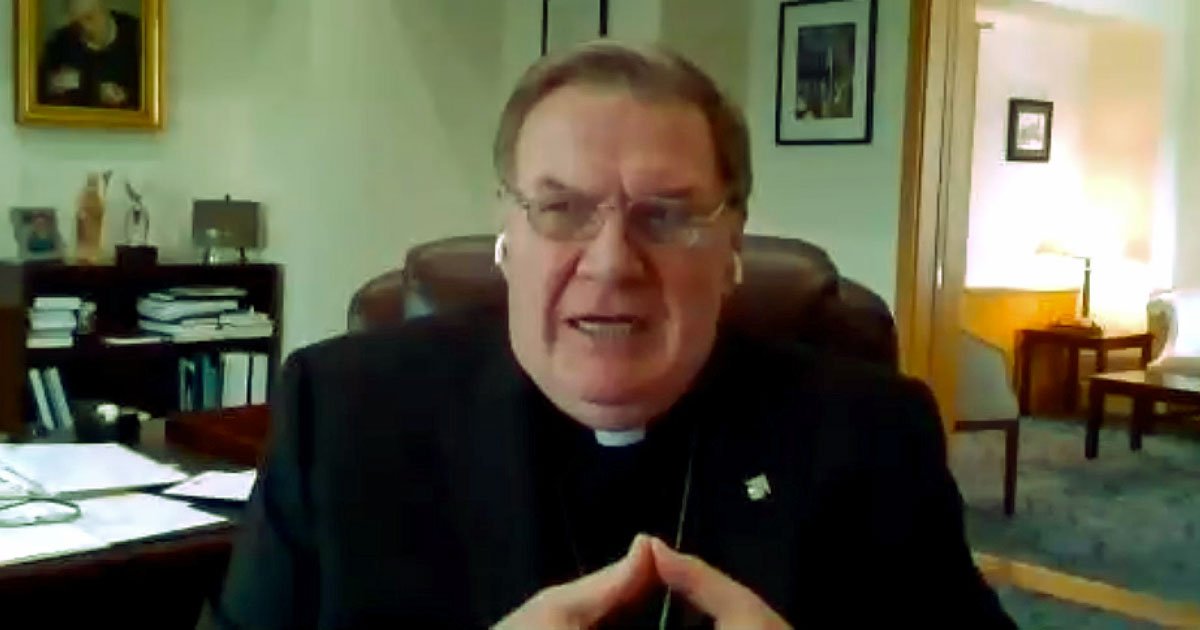 Sitting in his office in New Jersey, Cardinal Joseph Tobin looked into his computer’s camera and urged his fellow Catholic bishops to kill a proposal that could lead to denying Holy Communion to political leaders who support abortion rights.

The move could “drive a wedge” between Americans and the Catholic Church, Tobin told the members of the United States Conference of Catholic Bishops gathered online for the high-profile debate.

“Any effort by this conference to move in support of the categorical exclusion of Catholic political leaders from the Eucharist based on their public policy positions will thrust the bishops of our nation into the very heart of the toxic partisan strife which has distorted our own political culture and crippled meaningful dialogue,” Tobin said.

He vowed to vote “no” on the proposal.

TAKE ACTION: Contact Cardinal Tobin at 973.497.4000 and let him know what you think about his comments.