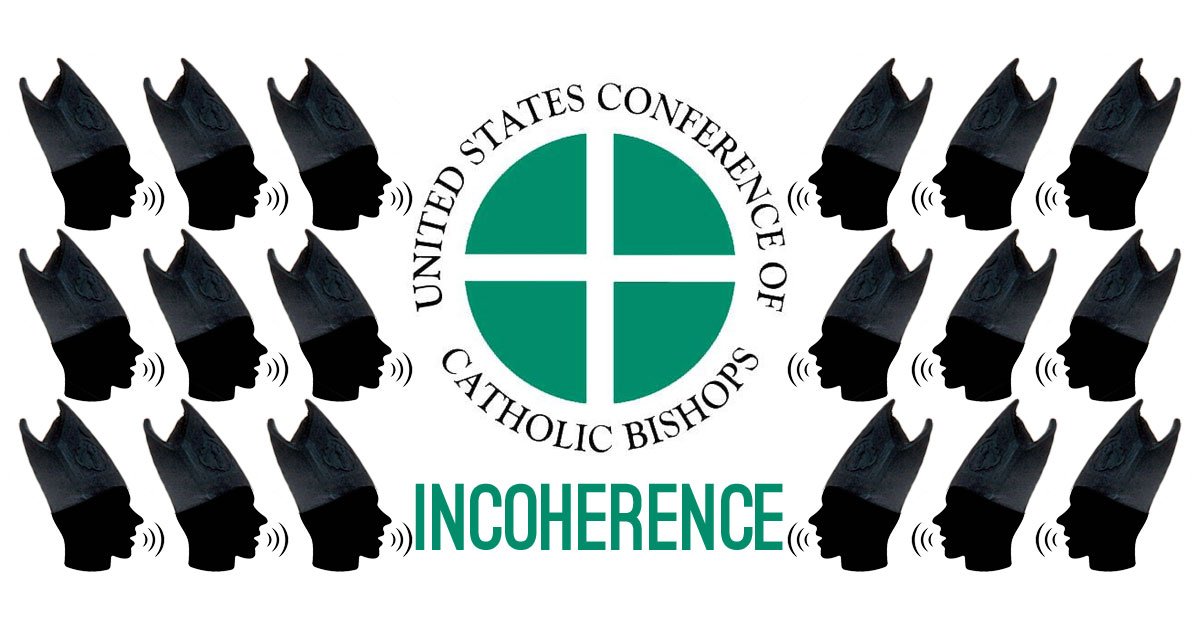 We are at a time of grave crisis for the Catholic Church in America—steep declines in attendance, lost moral authority, and significant public scandal regarding pro-abortion “Catholic” politicians, just to name a few issues. So in the midst of this mess, what were our shepherds, the successors to the Apostles, doing when they (virtually) gathered together last week? Well, debating for almost an hour how long they should be allowed to debate, for one. Perhaps nothing sums up better the incoherence and irrelevance that is the United States Conference of Catholic Bishops (USCCB).

From June 16-18, the USCCB held its semi-annual meeting to discuss various topics, including a potential draft of a document on “Eucharistic coherence” (more on that in a minute); amendments to a draft pastoral framework on marriage and family life; a report from the lay advisory group focused on sexual abuse prevention; and a statement on Native American and Alaska Native ministry. It’s not known if they also considered a revision to how TPS reports should be submitted.

The most controversial part of the meeting was the debate over “Eucharistic coherence.” This recently-invented buzzword refers to the debate over whether pro-abortion “Catholic” politicians should be allowed to receive the Eucharist. In the words of Bishop Thomas Olmstead, “Eucharistic coherence means that our ‘Amen’ at Holy Communion includes not only the recognition of the Real Presence but also a communion bound together by embracing and living Christ’s entire teaching handed down to us through the Church.” In other words, is it consistent—and therefore coherent—for someone who publicly and obstinately rejects Church teaching on some matter to receive the Sacrament par excellence of that same Church?