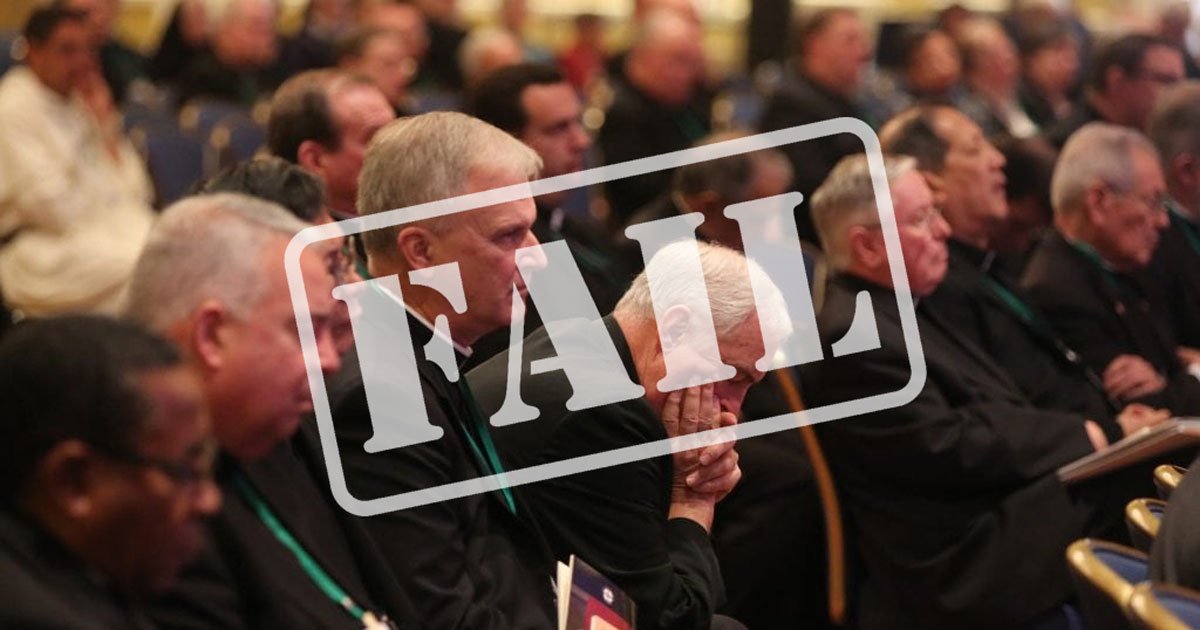 The nation’s Catholic bishops will not vote on whether or not to withhold communion from pro-abortion politicians like Joe Biden.

“We are no longer proposing a national policy” regarding who may present themselves for Communion, Bishop Kevin Rhoades of Indiana’s Fort Wayne-South Bend Diocese told delegates to the U.S. Conference of Catholic Bishops meeting late today. He called the idea of whether to deny pro-abortion politicians communion one that “was in the original proposal to the administrative committee, but we never meant it as it’s been interpreted in many media sources.”

The bishops had been slated to examine a proposal to write guidelines about pro-abortion politicians and communion and the idea had received considerable media attention in the days leading up to this first day of the national conference for the bishops. Instead, they will vote on an outline regarding the role of communion in public life.

The Washington Times reports that the bishop said the Vatican had been initiating the idea of talks concerning communion and pro-abortion politicians event though the Vatican had come under fire for repeatedly warning the bishops about going too far.

TAKE ACTION: Contact your bishop to express your disappointment that the U.S. Bishops failed to protect the sanctity of the Holy Eucharist.