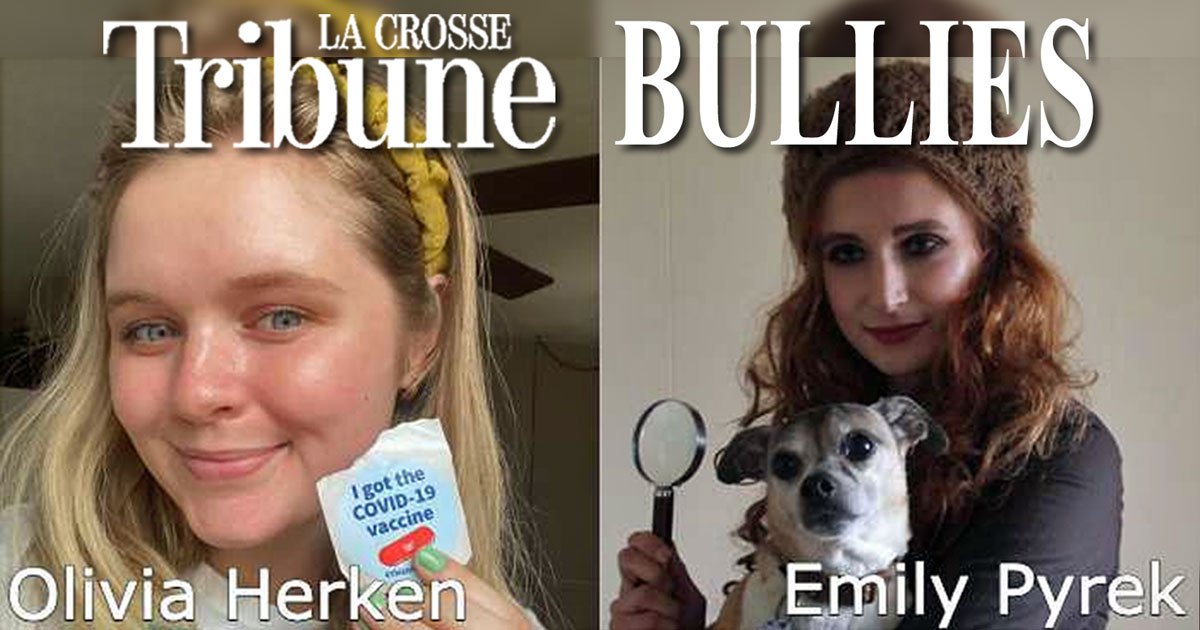 Meet Olivia Herken and Emily Pyrek, the two so-called “reporters” at the LaCrosse Tribune who helped manufacture the “controversy” resulting in the request for Fr. James Altman’s resignation.  As reported by Canada Free Press, the “Ladies of the La Crosse Tribune” published a column on April 25 seemingly made-up from whole cloth based upon an unidentified “community member” from Fr. Altman’s parish.

The two “ladies” apparently think the Diocese of La Crosse is not moving quickly enough in removing Fr. Altman so they have issued another story entitled “Next steps in Fr. Altman controversy unclear as he raises nearly $700k in support.” Their frustration nearly jumps off the page as they penned they waited 9 days for a response form the Diocese regarding the status of the Altman case.

The political bias of the “ladies” is readily apparent to local residents who must endure their diatribes passed off as news in the LaCrosse Tribune. But a visiting reporter from outside the community was a bit shocked when he discovered and reported on the fact that You Can’t Question the Racial ‘Crisis’ in Wisconsin.

We think its high-time for these two “ladies” to be subject to the same level of scrutiny to which they are subjecting Fr. Altman.  So we are inviting our readers to help us research the backgrounds of Olivia Herken and Emily Pyrek.  Please submit FACTUAL evidence, including links to documentation, to info@complicitclergy.com.

You may also want to contact the LaCrosse Tribune and let them know what you think about their “reporting.”  You can reach Executive Editor Bob Heisse at 608-791-8285 or via email at bob.heisse@lee.net.