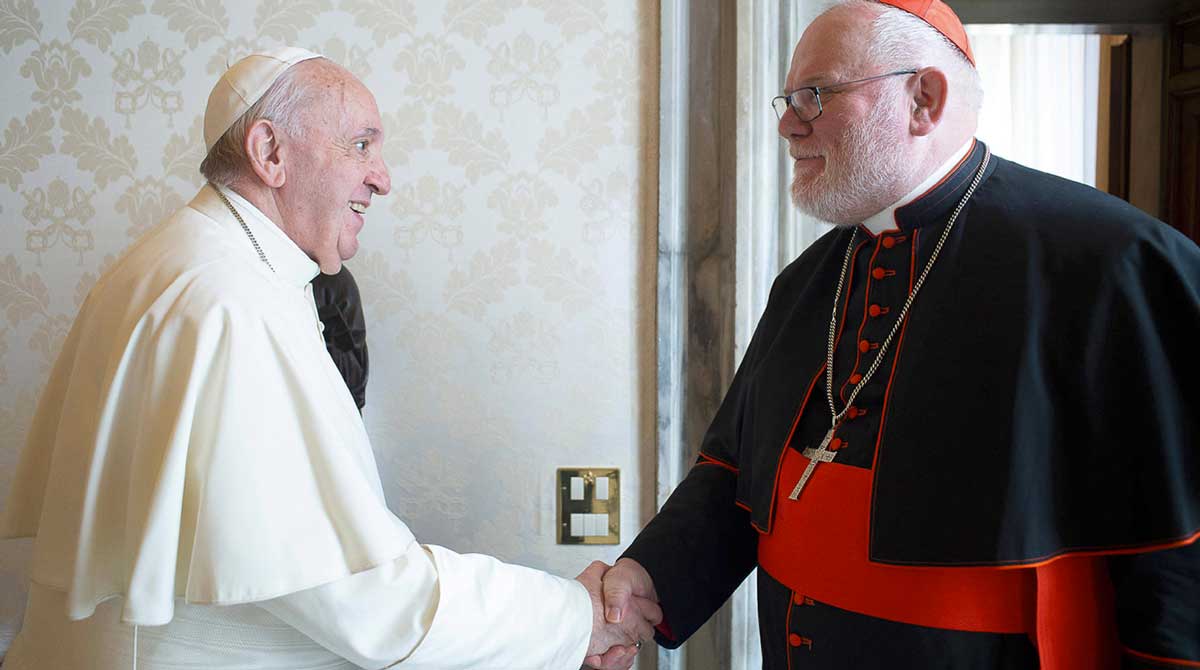 It is hard to say which gesture was phonier: the offer or the refusal.

Intended as proof of the Church’s commitment to “reform,” this exchange between Pope Francis and Cardinal Marx only exposes its hollowness. The faithful have grown weary of these exercises in manipulative public relations. They hear windy talk about “accountability,” even as those responsible for the abuse scandal remain in power.

The letters between the pope and Marx are peppered with pompous references to taking “responsibility,” which is just a euphemism for dodging it. The pope’s open orchestration of the exchange — he gave Marx the green light to publish his letter of resignation before he refused it — punctuates the phoniness of it all.