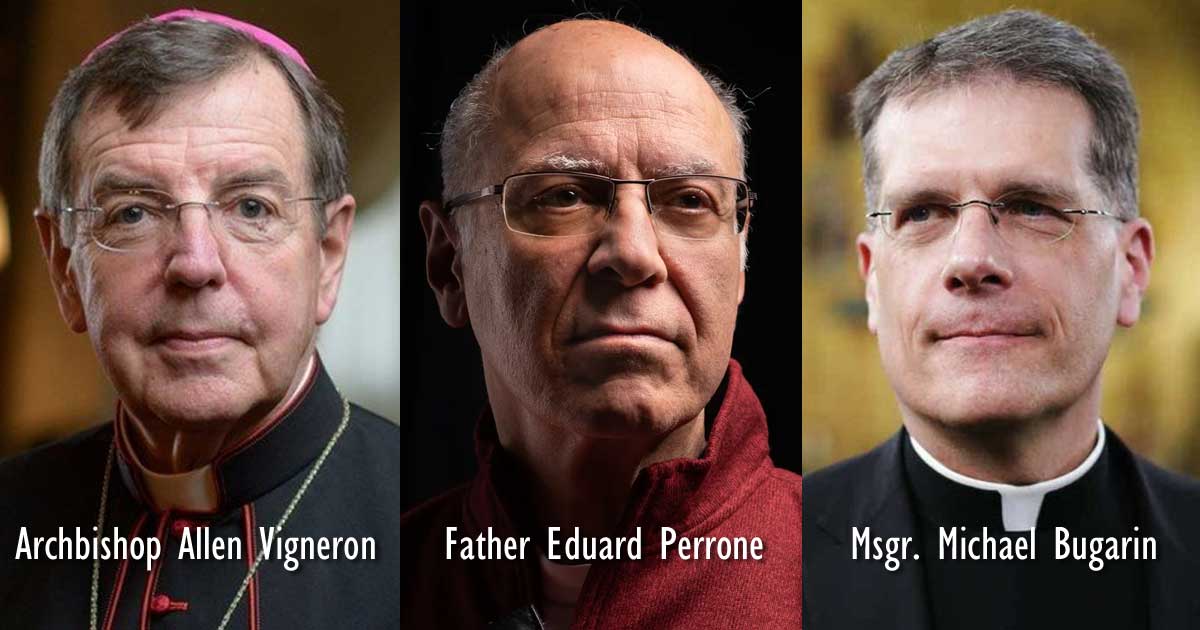 Despite winning a major Vatican victory, a Detroit priest will soon be facing disciplinary proceedings from his archbishop.

According to a statement issued by the archdiocese Tuesday, Rome’s Congregation for the Doctrine of the Faith (CDF) has decided “not to proceed” in the abuse investigation of Fr. Eduard Perrone, after determining there was no substance to the allegations.

“Therefore, no further action can be taken in this case under church law,” the archdiocese noted.

“In canon law, that’s not just a victory; that’s a grand-slam homerun,” said Chris Kolomjec, civil attorney for Fr. Perrone, in comments to Church Militant. “It means Rome, the Congregation for the Doctrine of the Faith, denied, refused the archdiocese of Detroit the permission to prosecute Fr. Perrone.”

“It’s the equivalent of a police officer or detective bringing a case to a prosecutor and getting told, ‘There’s no evidence here; go away,'” he explained.

Kolomjec said Fr. Perrone is “ecstatic and relieved” with the outcome. “He trusts the process as it relates to the Vatican, but that’s as far as it goes,” Kolomjec added, alluding to a phrase repeatedly used by Msgr. Michael Bugarin, the archdiocesan priest who has spearheaded Perrone’s prosecution.

In comments to Church Militant, Fr. Perrone said, “While I certainly would have preferred being reinstated immediately, nevertheless I will use this opportunity forced upon me by the Archdiocese to defend myself in my actions and to expose the malfeasance of the monsignor.”

“It may be the greater good which will come forth from all of this,” he added.”

In spite of Perrone’s vindication in Rome, the archdiocese said it would launch a canonical trial against him: “[T]he CDF acknowledged that due to Fr. Perrone’s purported actions during the investigation, the archdiocese has the authority to address his conduct through the means available under the Code of Canon Law. As a result, a canonical disciplinary process has begun.”

It remains unclear what particular “actions” the statement is referring to, nor what type of disciplinary measures the archdiocese is pursuing. Church Militant contacted spokesman Ned McGrath, who did not return a request for comment.

The statement makes clear Fr. Perrone remains restricted from public ministry and from presenting himself as a priest.

TAKE ACTION: Contact Archbishop Allen Vigernon at 313-237-5816 and DEMAND the immediate reinstatement of Fr. Perrone and the prosecution of Msgr. Bugarin.