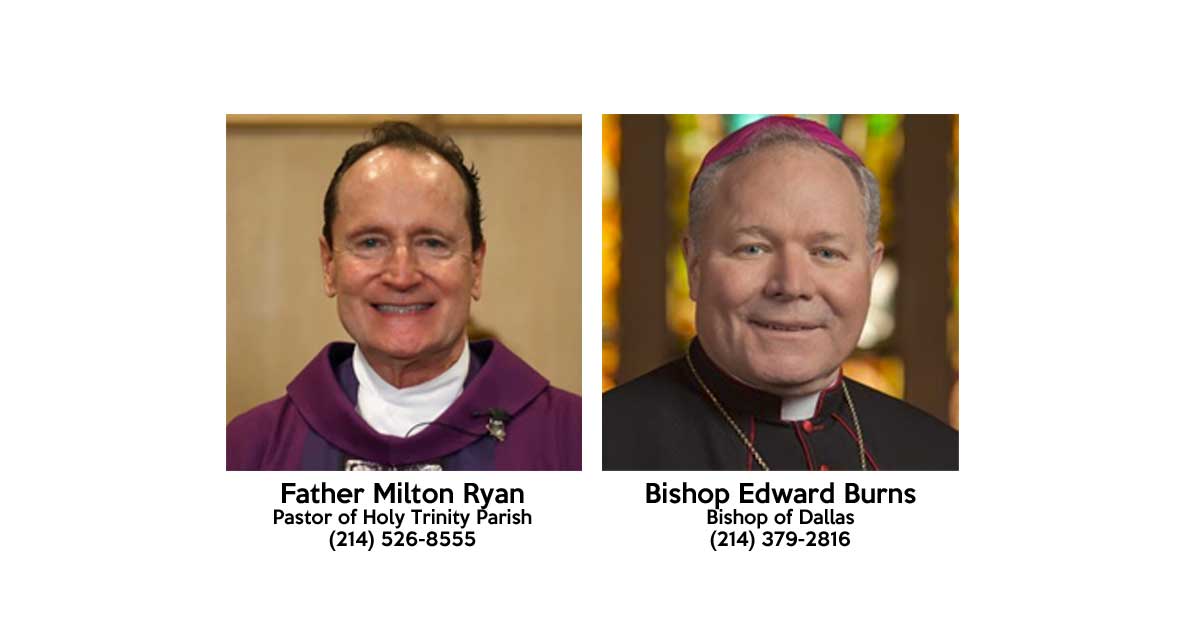 A pregnant mother holding her one-year-old baby was threatened by her pastor who called the cops to have her arrested. The police said that she was “trespassing on a business” that “didn’t want her there.” Deirdre Hairston tells the story and shows the video clip of what happened in an interview with Dr. Taylor Marshall.

The Diocese of Dallas actually DEFENDED the pastors’ decision to have the woman ejected. 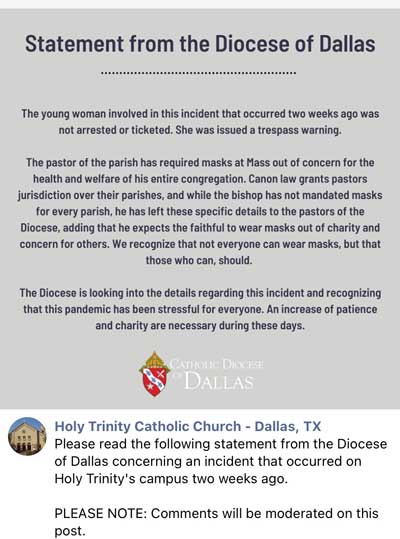 The diocese was so concerned about a potential backlash, that they cancelled the 5:00 p.m. Mass on Palm Sunday. 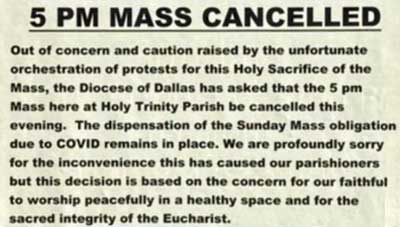 Now here’s the real kicker. The diocese recently hired an expensive consultant to work on boosting Mass attendance. Here’s some free advice for the diocese – stop throwing pregnant mothers out of Mass if you want to boost Mass attendance. 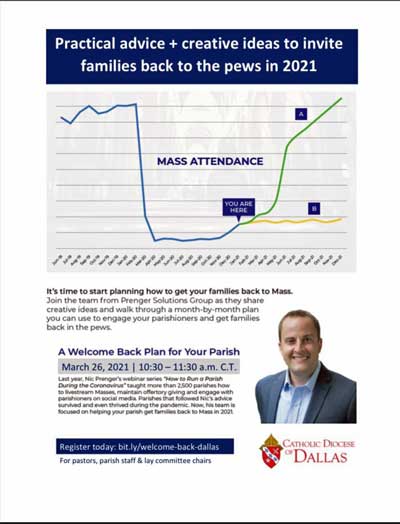 TAKE ACTION: CLICK HERE to contact Fr. Milton Ryan, pastor of Holy Trinity parish and Bishop Edward Burns, Bishop of Dallas, and CHARITABLY ask that they both issue a PUBLIC apology to Deirdre Hairstona who was forcibly removed from Mass by the police. 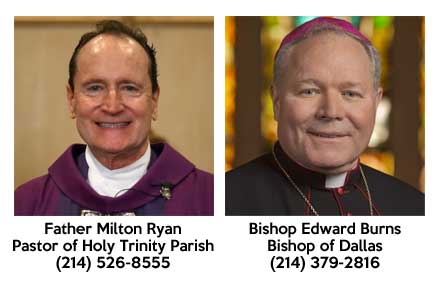