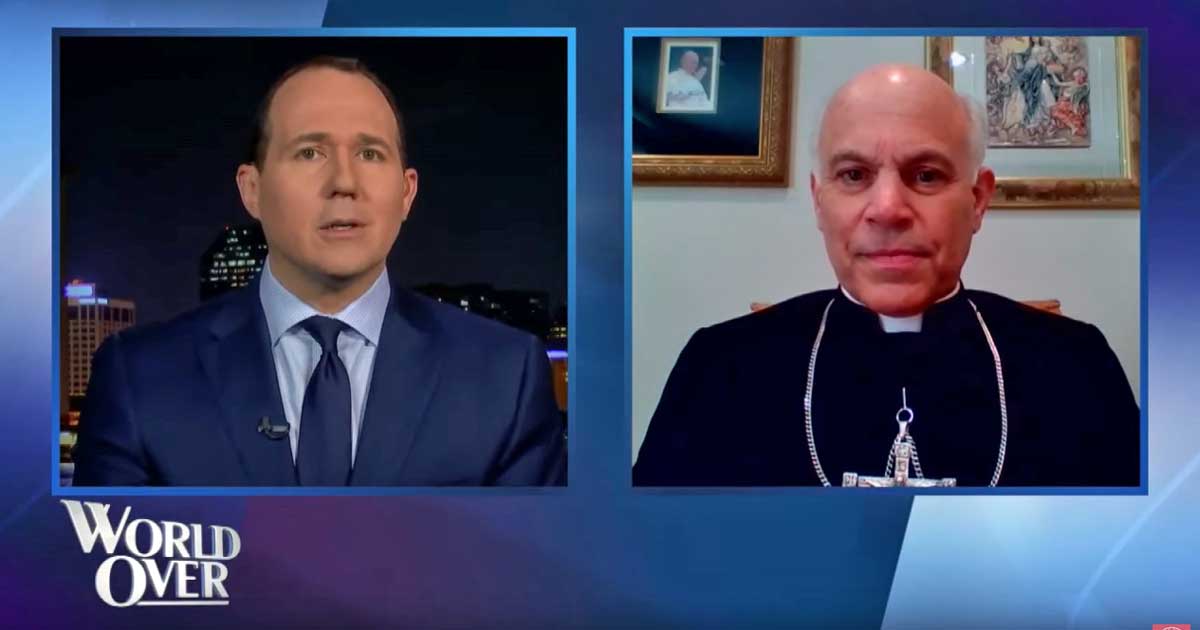 A U.S. archbishop said that any decision to deny Holy Communion to publicly pro-abortion Catholic politicians, such as President Joe Biden or House Speaker Nancy Pelosi, would not be “tied to politics” but would ultimately be about “protecting” the sacrament while helping such a person move toward repentance.

San Francisco Archbishop Salvatore Cordileone told EWTN’s Raymond Arroyo last Thursday that Catholics “don’t understand anymore what it means to receive Communion.” The Catholic Church holds that the bread and wine consecrated by a priest at Mass become the body, blood, soul, and divinity of Jesus Christ, the Second Person of the Holy Trinity. St. Paul warns the Corinthians that those who partake of the Holy Eucharist in an “unworthy manner” will be “guilty of profaning the body and blood of the Lord.”

Cordileone said that many Catholics mistakingly believe that receiving Communion simply means that they “belong to the community.” The “sense of worthiness to receive communion,” he said, that “goes back to the time of Saint Paul” and includes having “right belief” and living a Catholic life in a “state of grace” has been “completely lost.”