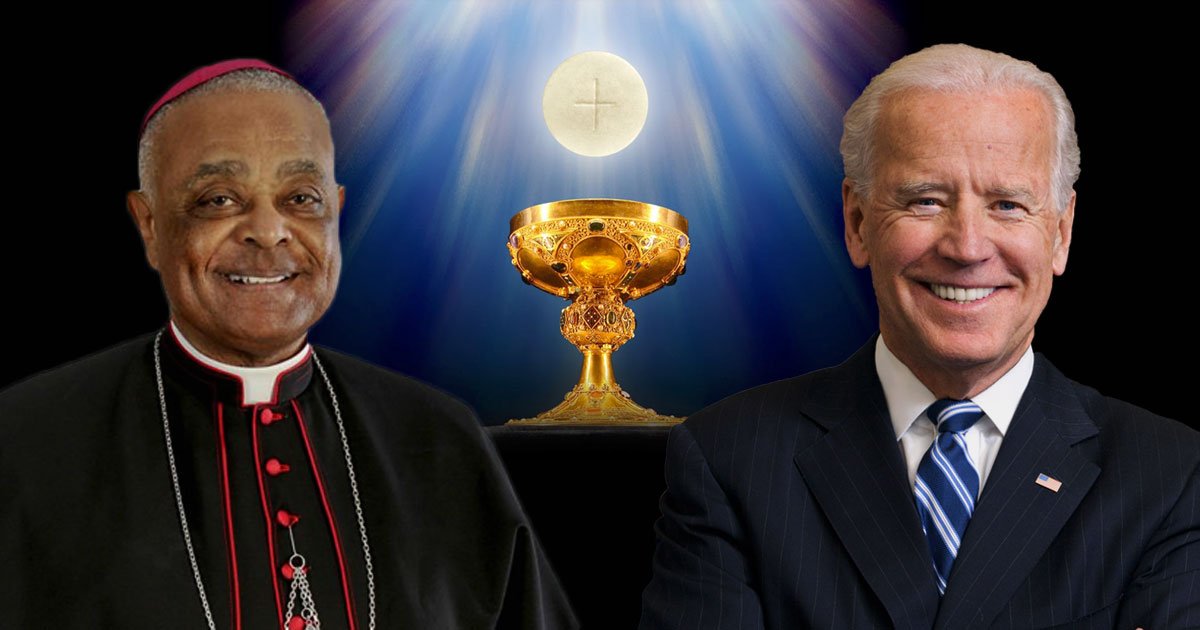 President Joe Biden received communion during Mass on Sunday in Washington, D.C. even though he celebrated abortion two days before.

The Catechism of the Catholic Church states that “anyone aware of having sinned mortally must not receive Communion without having received absolution in the Sacrament of Penance (CCC #1415).

In 2004, while Prefect for the Congregation of the Doctrine of the Faith, Cardinal Joseph Ratzinger issued a memorandum to U.S. Bishops stating:

Regarding the grave sin of abortion or euthanasia, when a person’s formal cooperation becomes manifest (understood, in the case of a Catholic politician, as his consistently campaigning and voting for permissive abortion and euthanasia laws), his Pastor should meet with him, instructing him about the Church’s teaching, informing him that he is not to present himself for Holy Communion until he brings to an end the objective situation of sin, and warning him that he will otherwise be denied the Eucharist.

Cardinal Wilton Gregory has declared that he will not prevent Biden from receiving Communion in the archdiocese. In doing so, Gregory is inviting God’s eternal judgement on both his and Biden’s immortal souls.  In addition, Cardinal Gregory is scandalizing the faithful by failing to stop the profanation of the Most Holy Eucharist.

TAKE ACTION: Demand Wilton Gregory stop the profanation of the Most Holy Eucharist.