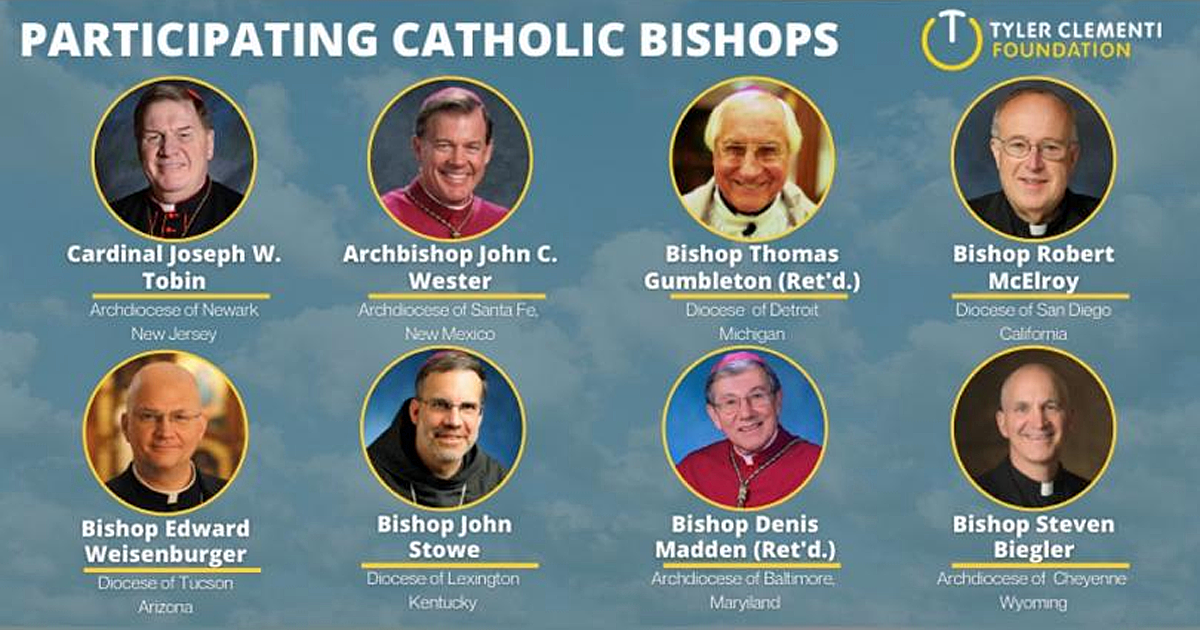 The statement fails to reaffirm Catholic teaching that homosexuality is objectively disordered.


Eight U.S. Catholic bishops, one of them a cardinal, have signed a statement in partnership with a pro-homosexual advocacy group, in support of young people who identify as LGBT, telling them that “God is on your side.”

“As Catholic Bishops in the United States, we join with the Tyler Clementi Foundation in standing up for at-risk LGBT youth in our country,” state the bishops (read full statement below).

“All people of goodwill should help, support, and defend LGBT youth; who attempt suicide at much higher rates than their straight counterparts; who are often homeless because of families who reject them; who are rejected, bullied and harassed; and who are the target of violent acts at alarming rates.”