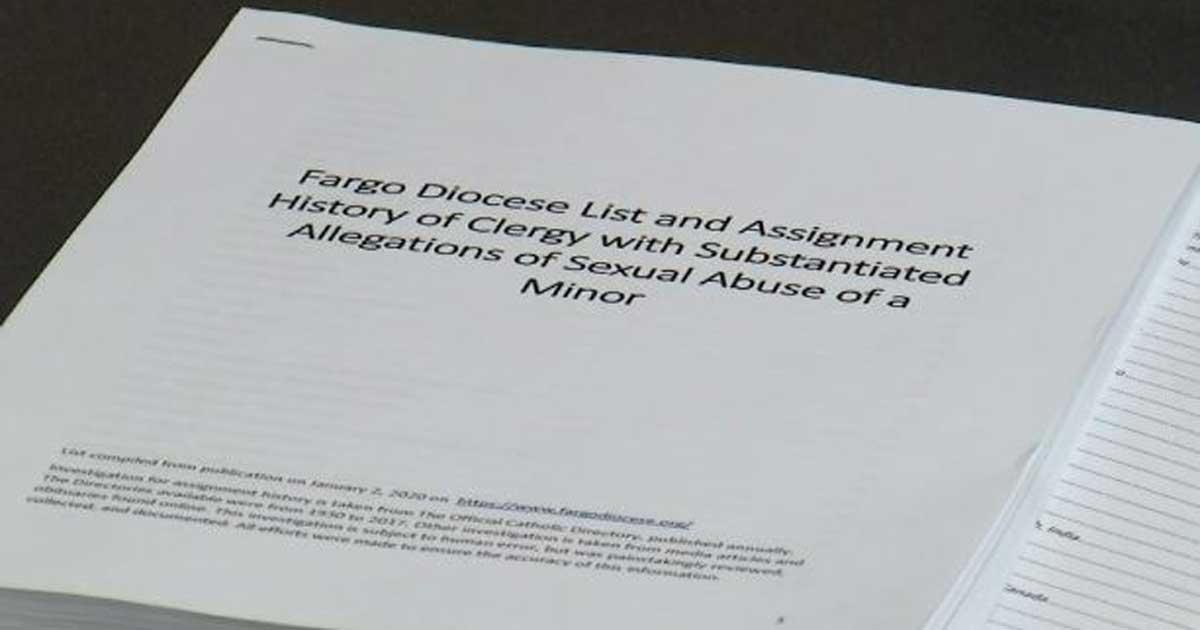 Attorney General Wayne Stenehjem says an 18-month investigation by his office into allegations of child sexual abuse by members of the North Dakota Catholic dioceses has concluded.

Stenehjem says the investigation began around the time when the Diocese of Fargo and the Diocese of Bismarck released a list of 53 people whom they believed that allegations of child sexual abuse had been substantiated.

Of the 53 people named, all but two had died by the time the investigation started. The two priests still living were Norman Dukart of Dickinson and John Owens, who originally resided in North Dakota but had moved to Minnesota. Owens died in October 2020, while the investigation was ongoing.