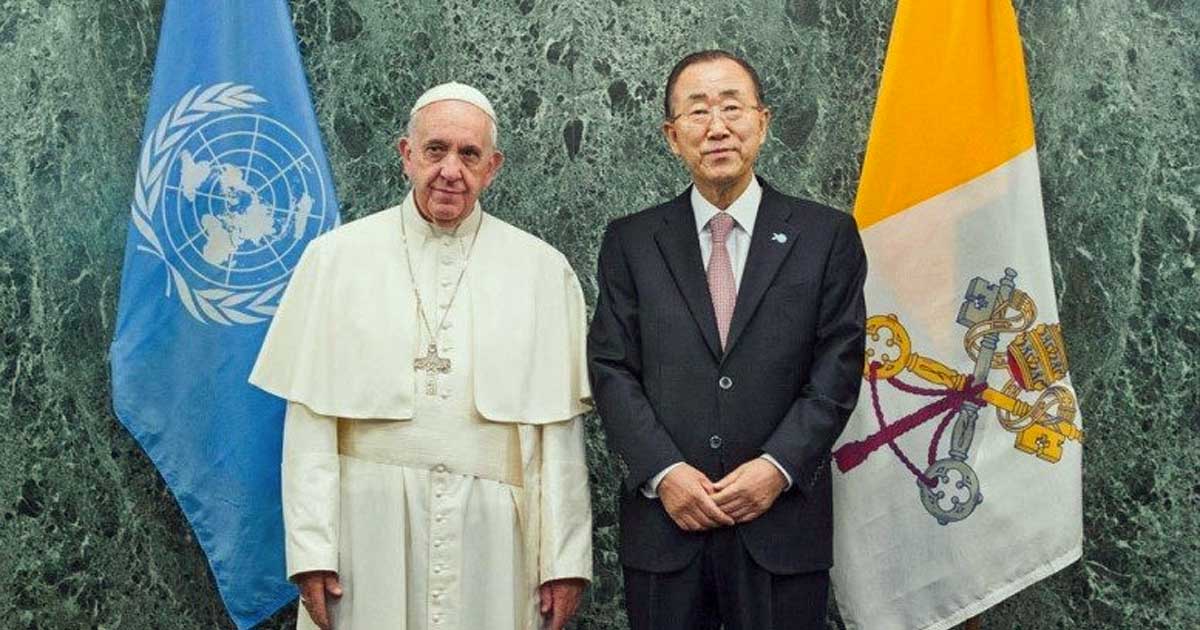 Pope Francis launched a new partnership between the Vatican and United Nations (UN) this week that aims at educating the world in “sustainable lifestyles,” “gender equality,” and “global citizenship,” among other goals.

The launch of the collaboration between the Pope’s own Global Pact for Education and the UN’s Mission 4.7 took place this week during the Vatican Youth Symposium. Amongst the speakers at the launch were pro-abortion globalists Jeffrey Sachs, the director general of UNESCO, and the former Secretary General of the U.N. Ban Ki-Moon, who were joined by Pope Francis. The symposium was co-hosted by the Pontifical Academy of Social Sciences (PASS) and the UN Sustainable Development Solutions Network (SDSN) / SDSN Youth.