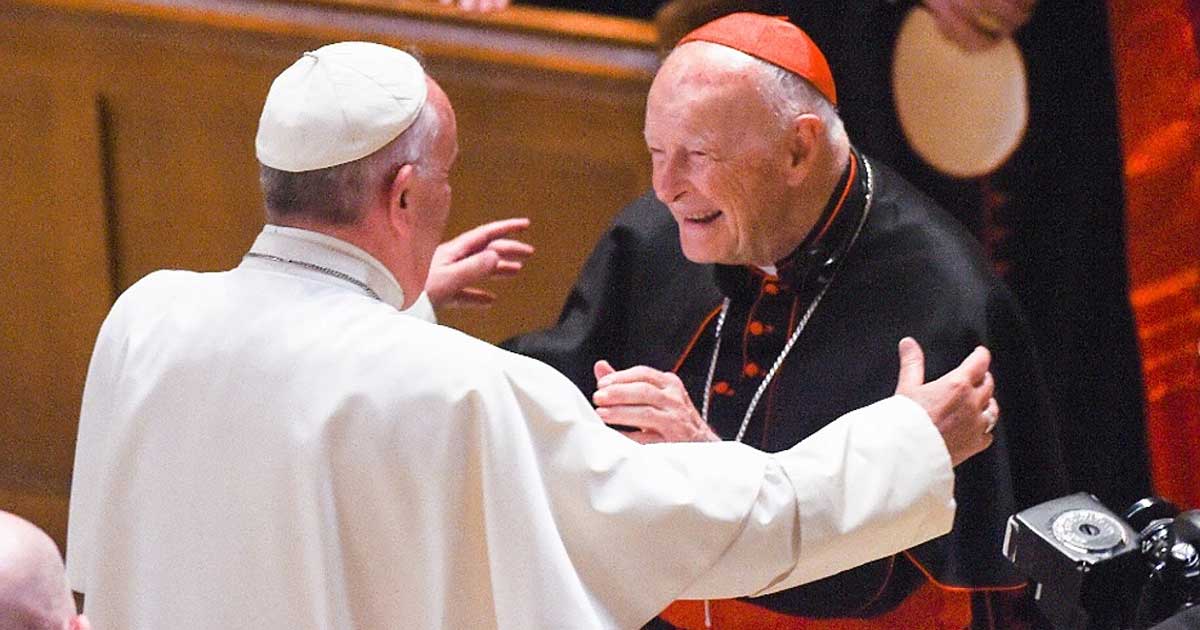 The report refers to her simply as “Mother 1.”

A Manhattan woman with a large brood of mostly boys and an Irish husband, she had become suspicious of then-New York Monsignor Theodore McCarrick, who snaked his way into her family and had her children call him “Uncle Ted.’’

Her husband thought it an honor to have a clergyman take an interest in his children. Mother 1, not so.

Her antennae went up when she learned McCarrick gave her sons alcohol when he took them on trips. He continued to visit even after moving to New Jersey, and, one day, she came home to find McCarrick sitting on the couch with a son on either side of him and a hand on the thigh of each.

By then, it was the early 1980s. She took it upon herself to mail identical anonymous letters accusing McCarrick of abuse to every cardinal in the United States and to the Apostolic Nuncio in Washington, D.C.