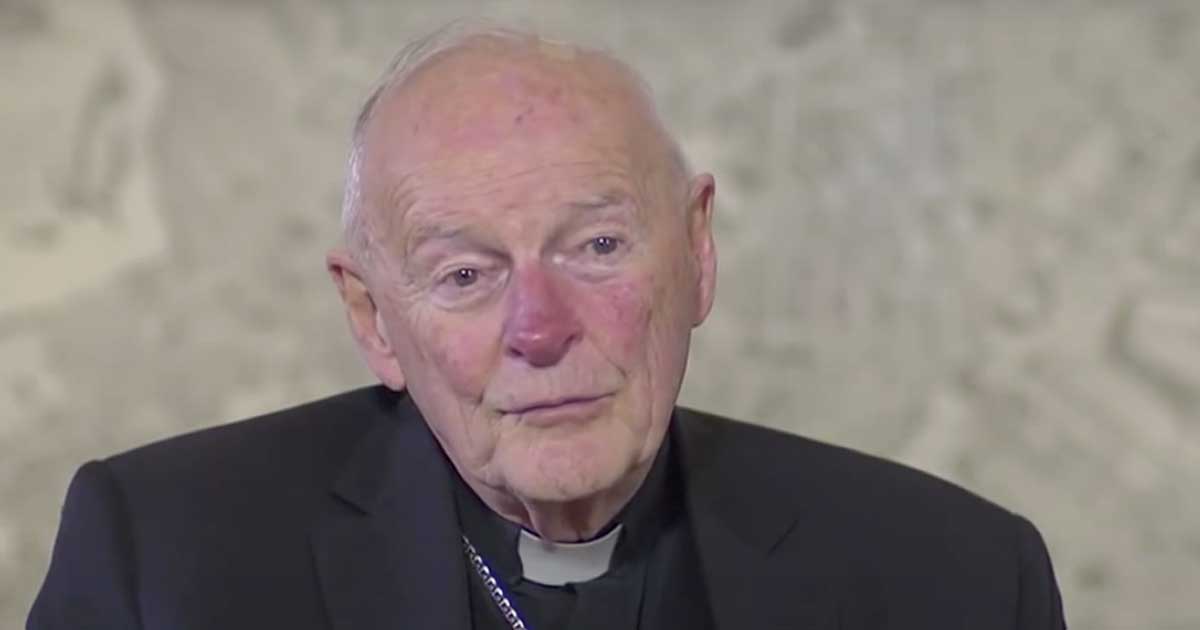 The Catholic journalist Edward Pentin has an important interview with Father John Lavers, a Catholic priest who has some powerful insights into the McCarrick Report. First, some background:

He led a 2012 investigation into allegations of homosexual behavior and activity at Holy Apostles College and Seminary in Connecticut that led to the removal of 13 seminarians, primarily from the Archdiocese of Hartford and Diocese of Paterson, New Jersey.

Father Lavers’ investigation also indicated that a homosexual “pipeline” had been created that funneled vulnerable Latin American candidates into some U.S. seminaries where they were sexually exploited, and subsequently ordained as actively homosexual priests in some American dioceses.

And on the basis of the evidence collected for the Holy Apostles investigation, Father Lavers concluded that it was Theodore McCarrick himself who was at the “epicenter” of this powerful influential network that has preyed on seminarians, and has advanced homosexually active clergy within the U.S. Church.

Father Lavers calls the McCarrick Report a “half truth, but not the complete truth.” More, from the interview itself:

Some critics in the Vatican have said this report throws up more questions than it answers, that it cries out for these questions to be answered. Would you agree with that?

It does. Yes, absolutely, a lot of questions, an awful lot of questions. There’s a surface level aspect to this, but when you scratch the surface, as we started to do in the 2012 investigation, we were being led to priests, auxiliary bishops, bishops, archbishops and even to McCarrick himself. And as the investigation was forming up, again, still concentrating on the issues at Holy Apostles, we could see that ground zero was leading us to McCarrick. All avenues of this were leading back to McCarrick … . How aspects of recruiting and grooming seminarians were all done by people that owed an allegiance or something else, obviously, to McCarrick.

So where the investigation started in one area, that is at the seminary, its epicenter of all the major problems [was] one man: essentially, McCarrick. However, it is important to realize that he [McCarrick] continues to have many supporters within the Church who owe much to him for their own personal careers and positions of influence and power, and this support is in the form of silence that many have continued to give McCarrick.