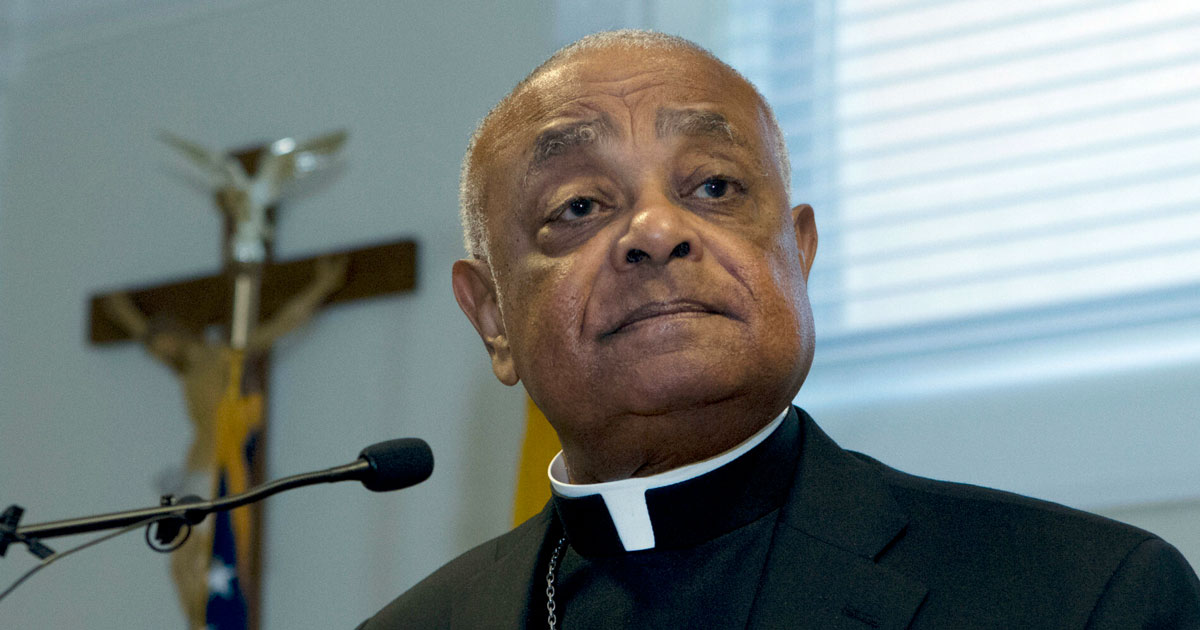 Wilton Gregory, the archbishop of Washington, D.C., is basking in the praise of the mainstream media. Reports of his elevation to cardinal have generated such gushing headlines as: “Archbishop Gregory stood up to Trump. Now he’s about to be the first Black cardinal in U.S.”

In June, Gregory blasted Trump for trying to “silence” the mob during the riots outside the White House. Gregory’s criticism conformed perfectly to the media’s line. He accused Trump of clearing the mob for a mere “photo op.” After Trump visited the St. John Paul II shrine in Washington, Gregory excoriated his hosts, the Knights of Columbus: “I find it baffling and reprehensible that any Catholic facility would allow itself to be so egregiously misused and manipulated in a fashion that violates our religious principles.”

Can anyone imagine Gregory making such a harsh statement during the Biden presidency? Not a chance. Gregory “stood” up to Trump. But he won’t stand up to Biden, despite the starkly anti-Catholic agenda Biden has promised to unleash, an agenda that cuts across every moral issue the Church considers non-negotiable.