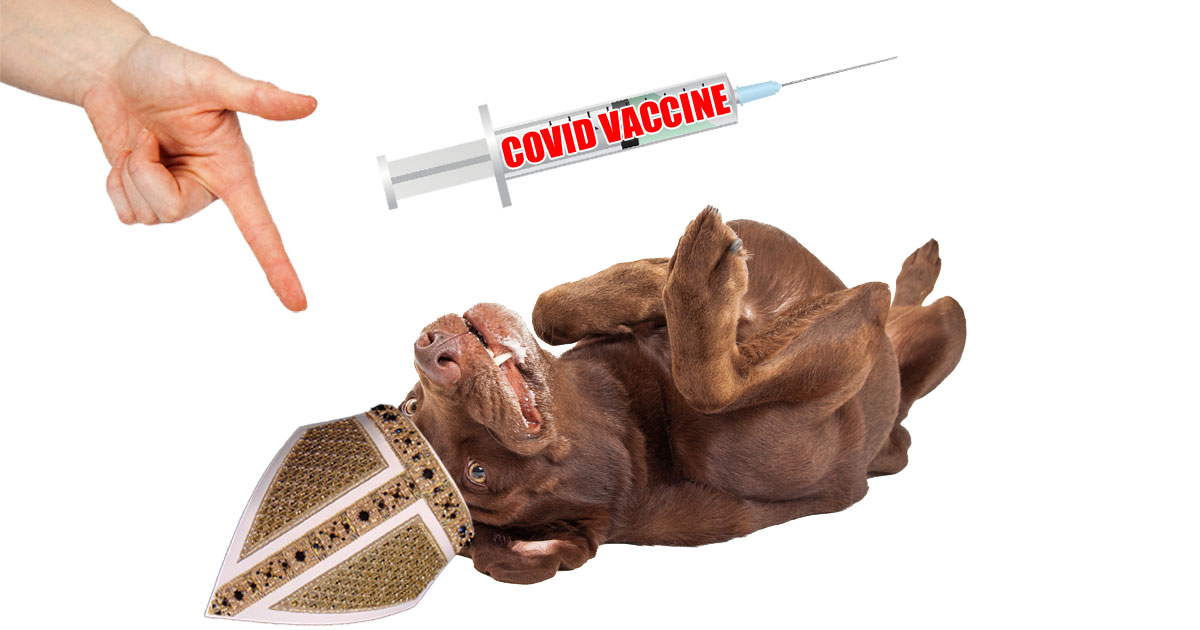 Thank God we have at least two bishops in the United States who are willing to stand-up and teach their flocks the TRUTH about immorality produced vaccines. Bishop Joseph V. Brennan of Fresno, California recently issued a video message on his diocesan website entitled A message on the COVID-19 Vaccine.  “If material has been used that is unacceptable on a moral level in any stage of the process for the development of a vaccine, that is from design … the testing … the production … any stage, anything in between, if it’s using objectionable material, we can’t use it, we can’t avail ourselves of it”, said Bishop Brennan.

Earlier this month, Bishop Joseph Strickland of Tyler, Texas tweeted that “Moderna vaccine is not morally produced. Unborn children died in abortions and then their bodies were used as ‘laboratory specimens’. I urge all who believe in the sanctity of life to reject a vaccine which has been produced immorally.”

An internal memorandum produced at last week’s U.S. Bishop’s Conference reportedly rejects these claims, pointing to a report from the pro-life Charlotte Lozier Institute, which called both the Pfizer and Moderna vaccines “ethically uncontroversial.” The bishops’ memo states that some of the testing of the vaccines was done with what it called a “tainted cell line” but said the connection between the two vaccines and abortion is “relatively remote.”

Instead of taking a stand early on and DEMANDING that the COVID-19 vaccine be developed in an ethical manner, the USCCB is going to rely on the argument that the connection between abortion and these vaccines is “relatively remote?”  What happened to the concerns they expressed back in April on this issue?

Hopefully there are other U.S. bishops with a backbone like Brennan and Strickland rather than simply rolling-over to the demands of our secular government.