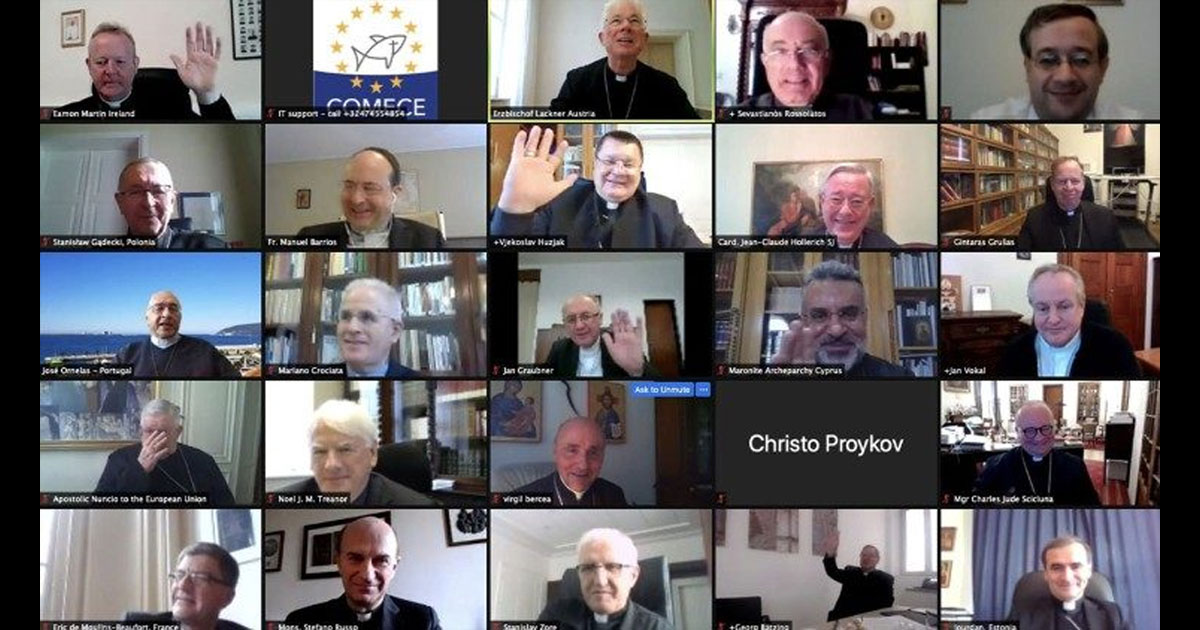 Last week, the Catholic Church in the European Union (COMECE) issued a letter to European government leader basically advocating for Pope Francis’ encyclicals Laudato Si and Fratelli Tutti to act as the foundations for the ‘Great Reset.’ Here’s an excerpt from the letter:

We must not simply devote all our efforts to returning to the “old normal” but take advantage of this crisis {COVID-19] to bring about a radical change for the better. It forces to rethink and to restructure the present model of globalisation guaranteeing respect for the environment, openness to life, concern for the family, social equality, the dignity of workers and the rights of future generations. Pope Francis with his Encyclical Laudato si’ has provided a compass for shaping a new civilization. In his new Encyclical Fratelli tutti, signed a few weeks ago on the tomb of Saint Francis of Assisi, he calls the whole of humanity to universal brotherhood and social friendship, not forgetting those on the margins, wounded and suffering. The Principles of Catholic Social Teaching as human dignity and solidarity, like also the preferential option for the poor and sustainability, can be guiding principles to build up a different model of economy and society after the pandemic.

Get that?  European bishops are calling for “shaping a new civilization” using the Pope’s encyclicals . We encourage you to read the whole letter; you will find not a single mention of Jesus Christ.

A few weeks ago, Archbishop Carlo Maria Viganò penned an open letter to President Donald Trump, warning him that the Great Reset represents a radical attack on freedom and Christian values.  Tucker Carlson went on to discuss Viganò ‘s letter on his program.

Faithful Catholics to wake-up and recognized what is happening. The “Deep Church” and “Deep State” are collaborating to help create the “New World Order” in which individual nations cede, or hand over, some of their national sovereignty to a kind of collective government. We must prepare to resist this movement with all our strength.