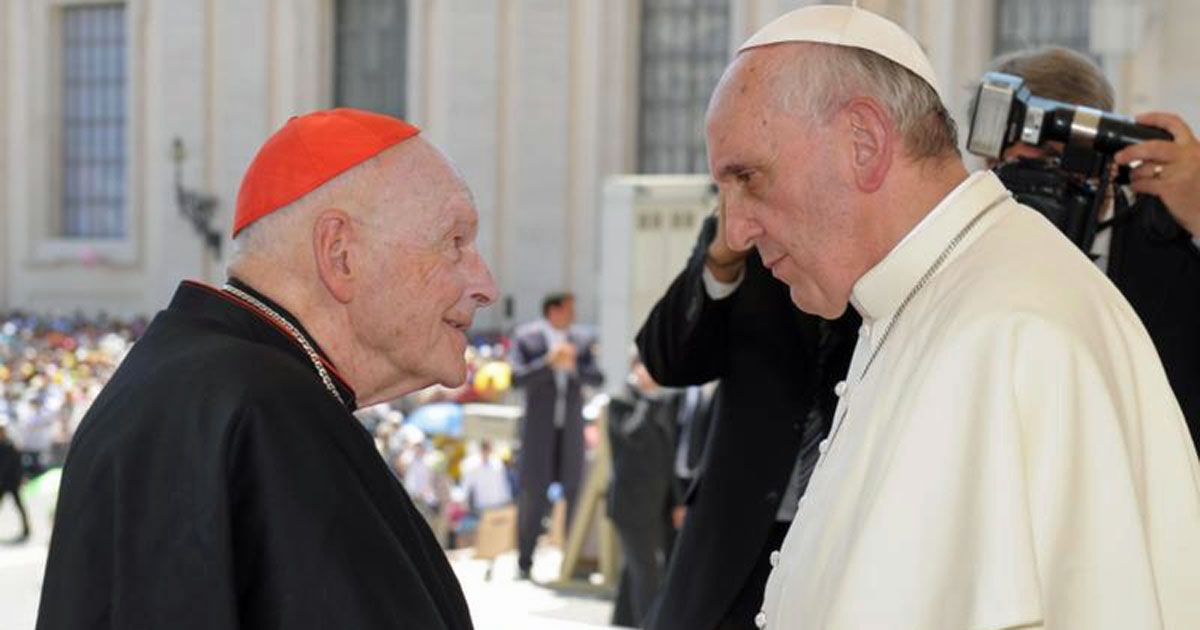 The long-delayed McCarrick Report confirms that Pope Francis knew about the sex abuse allegations against McCarrick and that the Vatican had taken steps, from 2006 on, to remove him from the public, telling him to move into a more remote residence and to hold back in his public appearances and travels.

However, McCarrick’s status suddenly changed under Pope Francis.  A 2014 article by the National Catholic Reporter entitled “Globe-trotting Cardinal Theodore McCarrick is almost 84 and working harder than ever” states:

McCarrick is one of a number of senior churchmen who were more or less put out to pasture during the eight-year pontificate of Pope Benedict XVI. But now Francis is pope, and prelates like Cardinal Walter Kasper (another old friend of McCarrick’s) and McCarrick himself are back in the mix and busier than ever.

The column goes on to explain McCarrick many new responsibilities under Pope Francis’ pontificate.  Francis appeared to be especially chummy with McCarrick:

McCarrick travels regularly to the Middle East and was in the Holy Land for Francis’ visit in May. “The bad ones, they never die!” the pope teased McCarrick again when he saw him.

Did Francis know something that the rest of us were unaware of at the time?

While the McCarrick Report clearly attempts to distance Pope Francis from McCarrick, the 2014 column suggests Francis was highly engaged in directing McCarrick’s activities:

But Francis, who has put the Vatican back on the geopolitical stage, knows that when he needs a savvy back-channel operator, he can turn to McCarrick, as he did for the Armenia trip. “Why don’t you ask McCarrick to go?” the cardinal said of the Vatican’s thinking. “He’s usually willing to do these crazy things.”

In many ways, its difficult to reconcile this column with what is being fed to us by the Vatican in the official McCarrick Report.