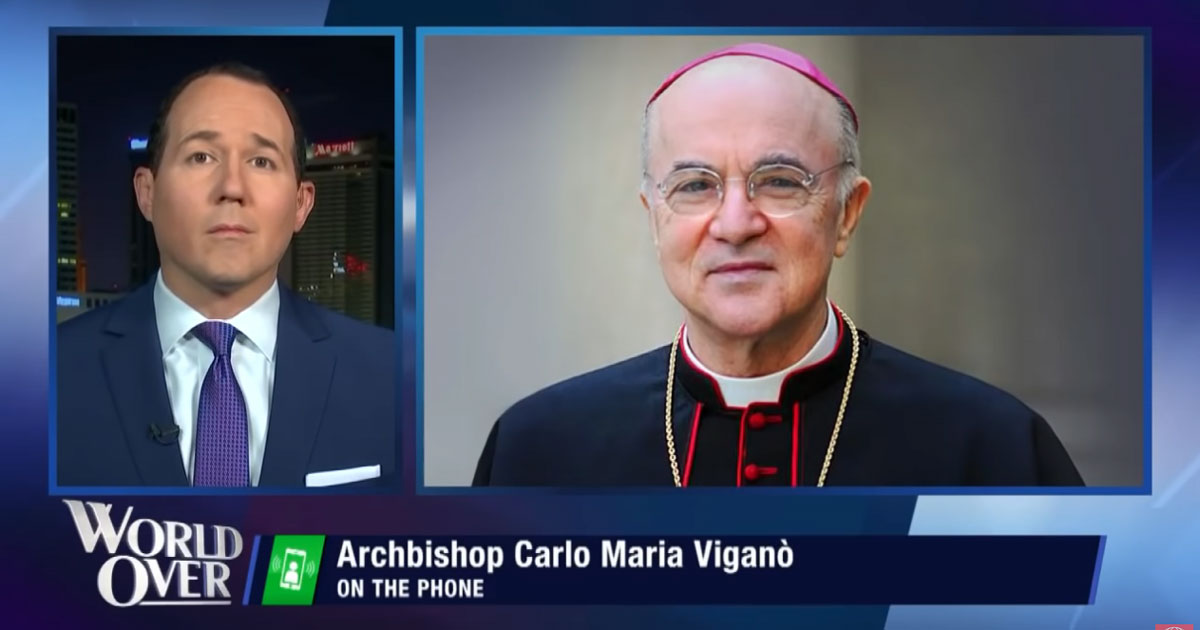 In an interview with EWTN’s Raymond Arroyo this evening, Archbishop Carlo Maria Viganò, the former papal representative to the United States, responded to the Vatican’s recently released McCarrick Report which tries to pin the lack of adequate response to McCarrick on Viganò himself.

Asked by Arroyo about the report claiming Viganò “did not come forward” to present evidence for this Vatican inquiry, Viganò replies that he was not asked to come forward. And to counter the argument that they couldn’t reach him since he was in hiding, he notes that “the Secretariat of State has my personal email address, which is still active.”