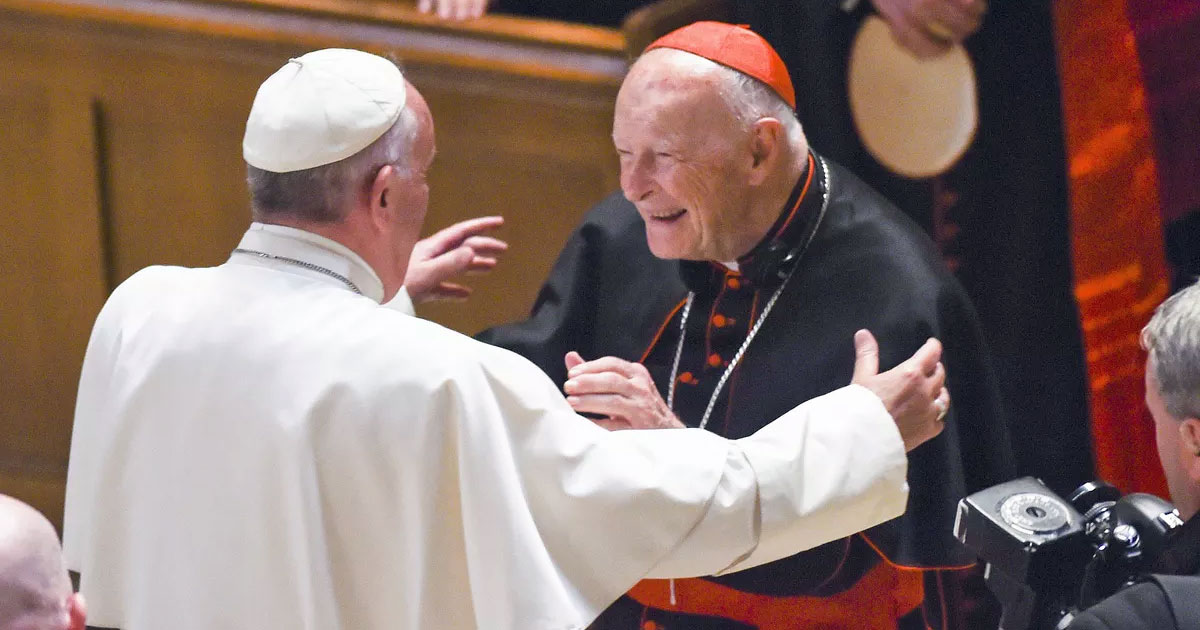 Approximately three months after the New York Times broke the story that Theodore McCarrick was being removed from ministry due to sexual abuse, Pope Francis issued an official statement on October 6, 2018 promising a thorough report explaining how a known sexual abuser was able to rise through the ranks to become the most powerful prelate in the United States. Now 766 days later, after numerous broken promises and missed deadlines, the McCarrick report has finally been released.

As widely anticipated, the New York Times account of the report essentially throws Pope Saint John Paul II and Pope Benedict XVI under the bus while exonerating Pope Francis of any wrongdoing. This account appears to contradict the testimony of Archbishop Carlo Maria Viganò released on August 25, 2018 stating Pope Francis knew about strict canonical sanctions imposed on McCarrick by Pope Benedict XVI but chose to repeal them when reinstating McCarrick in 2013, presumably to broker the deal with China.

It is noteworthy that Pope Francis STILL has not offered a formal response to Archbishop Viganò testimony 809 days after it was originally issued.

This story is developing and further updates will be made to this post as we digest the 450 page report.