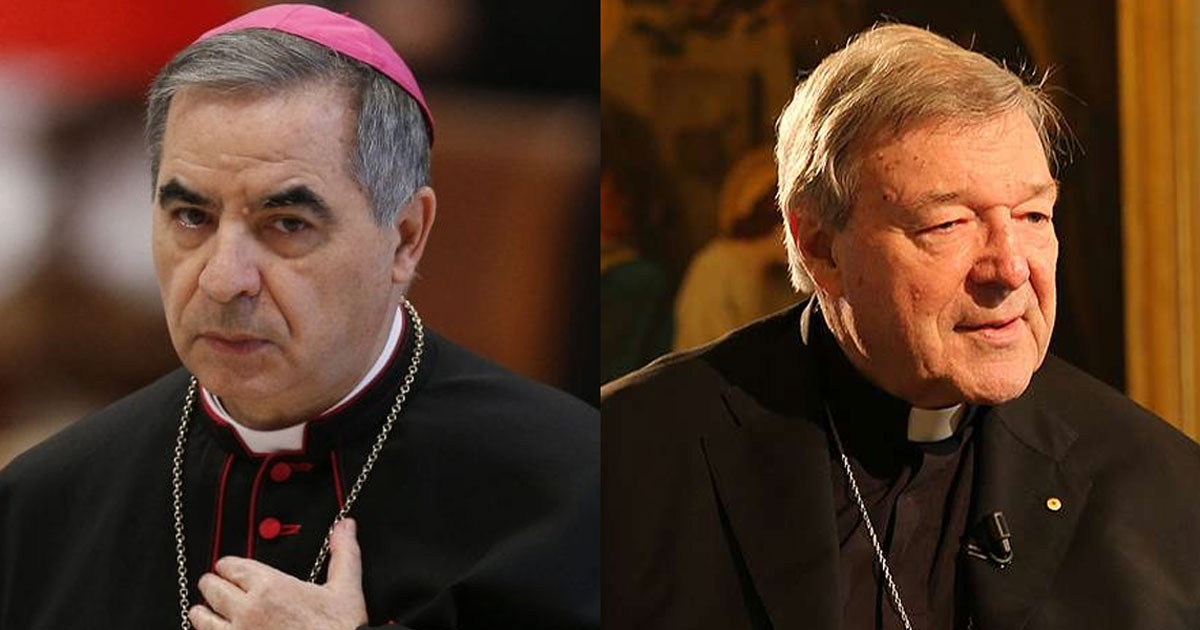 As Cardinal Pell arrives in Rome this week after three years in Australia, a look at the counterpoint between the cardinal’s return and Cardinal Becciu’s fall.

An important, but not the primary, consequence of the stunning sacking of Cardinal Angelo Becciu is that it completes on the Vatican side what was accomplished by the Australian High Court in April, namely the complete vindication of Cardinal George Pell.

As Cardinal Pell arrives in Rome this week after three years in Australia, the counterpoint between the cardinal’s return and Cardinal Becciu’s fall is worthy of a novel.

“The Holy Father was elected to clean up Vatican finances … and is to be thanked and congratulated on recent developments,” Cardinal Pell stated in reference to his brother cardinal’s dismissal. “I hope the cleaning of the stables continues in both the Vatican and Victoria [Australia].”

While the firing of a Curial cardinal itself is unprecedented, it may also be the first time another cardinal has congratulated the Holy Father on doing so. But it’s perhaps not surprising, as Cardinal Becciu himself acknowledged that Cardinal Pell viewed him as corrupt, despite his protestations otherwise.