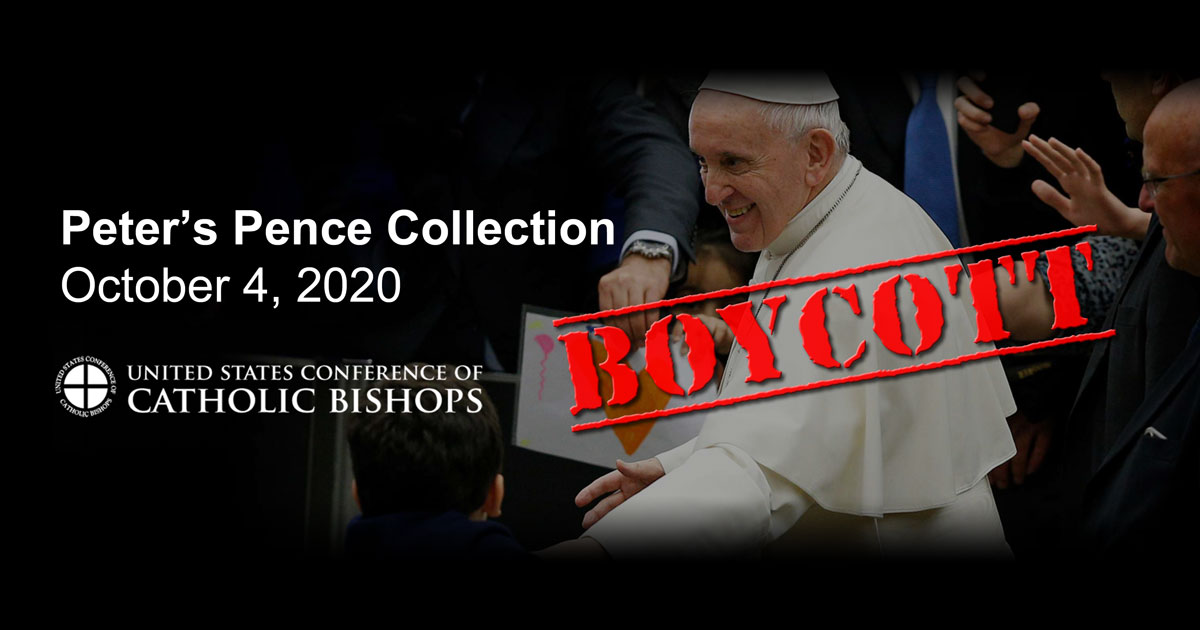 Although Peter’s Pence has been embroil in scandal, U.S. Bishops intend to proceed with the collection this weekend.

According to the website of the United States Conference of Catholic Bishops (USCCB), the purpose of the Peter’s Pence Collection is to provide the Holy Father with the financial means to respond to those who are suffering as a result of war, oppression, natural disaster, and disease.  But recent reports have revealed only a fraction of donations — less than 10% — actually goes towards charitable relief services.  The vast majority of the funds have been used to close Vatican budget gaps and invest in highly speculative ventures, including Hollywood movies and luxury rental property.

After these findings came to light late last year, a group of lay Catholics launched a class action lawsuit against the USCCB for their role in raising funds for Peter’s Pence.

Adding more fuel to the fire, last week we learned one of the most powerful Cardinals in the Vatican was ousted apparently due to his mishandled millions of dollars in charitable contributions from Peter’s Pence.

We strongly recommend faithful Catholics contribute to a more trustworthy charitable cause — consider one of the safe charities listed at Lepanto Institute.