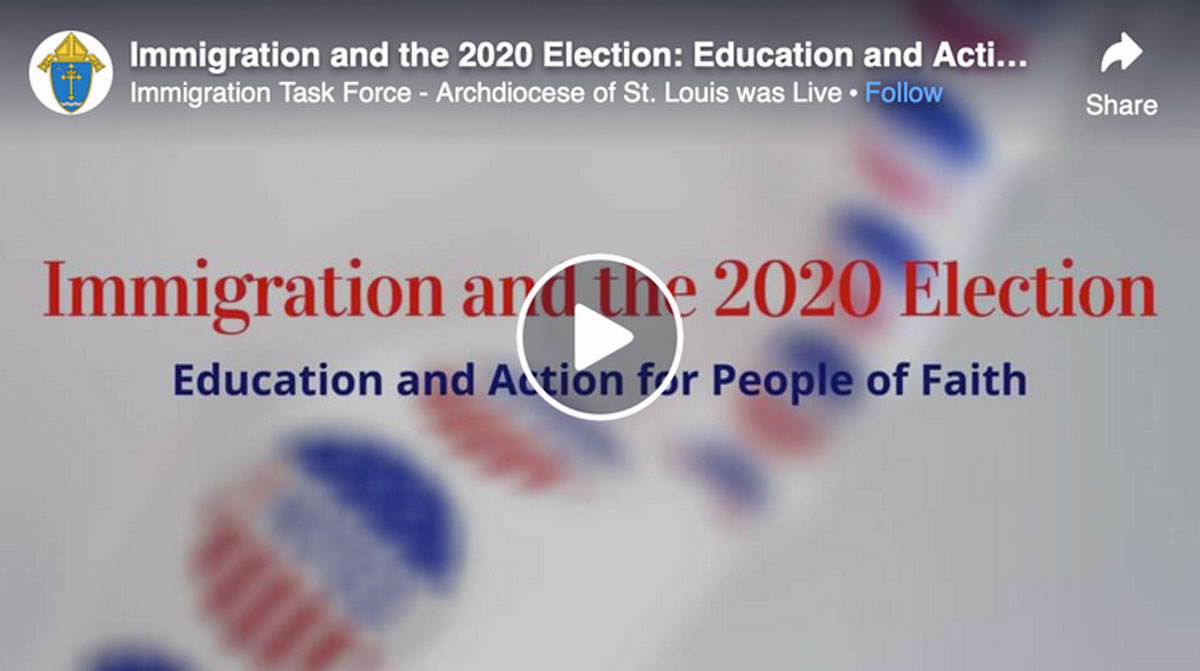 The Archdiocesan Peace and Justice Committee invited an Episcopal Bishop to lead the opening prayer for the webinar, who announced his homosexual marriage before the prayer.

As the election heats up, the archdiocese of St. Louis is using immigration to push Catholic voters toward pro-abortion Democrat candidates.

Some St. Louis Catholics are outraged.

“I attended the first webinar held. I can only say that without shouting GO BIDEN this St. Louis Archdiocese group put down the most PRO LIFE President the country has ever known. Any ideas of why……….$$$$$$ would be my first guess,” one attendee posted on Facebook.

The archdiocese, along with two other organizations — Interfaith Partnership of Greater St. Louis and St. Francis Community Services — sponsored the webinar series.

St. Francis Community Services appears to be indistinguishable from Catholic Charities of St. Louis; both are located at the same address and have a shared history. Despite Catholic backing, the webinar content was all about supporting pro-abortion Democrats because of their position on immigration.