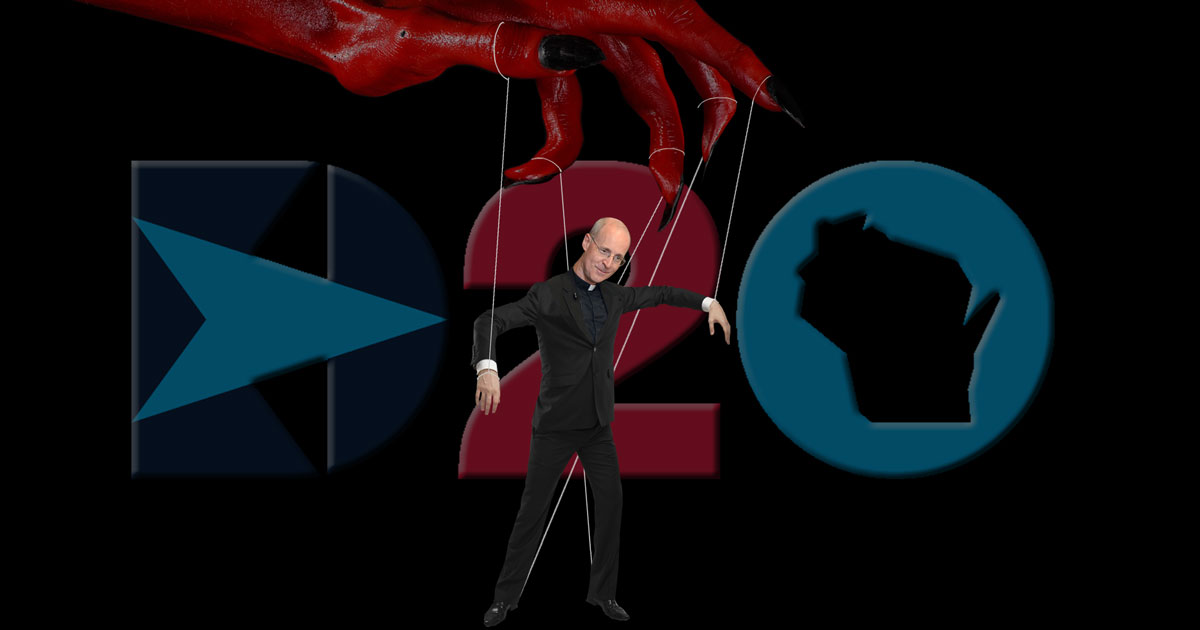 Crisis Magazine recently featured a column discussing the “evil genius” of including Fr. James Martin, the notorious homosexualist, at part of the Democratic National Convention.  The column states:

Father Martin and the other Left Caths, by creating the impression that faithful Catholics can support politicians many of whose policies radically diverge from Church teaching, have proven themselves to be a tremendous boon for the Democratic Party…

Catholics are called to reflect on their vote by considering all the issues in light of the Gospels and church teaching, and then by using their consciences. 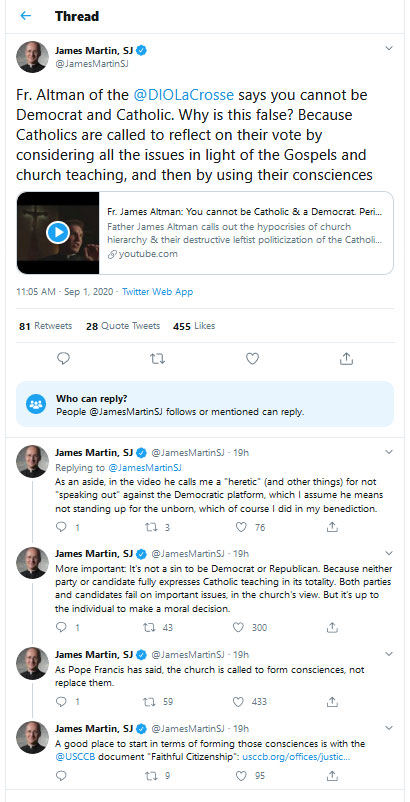 Its interesting to note that Fr. Martin’s tweet was flooded with so many negative comments that he had to disable commenting on his post.

Fr. Martin response is flawed on two dimensions.  First, not all issues are equal in deciding how to vote.  Issues such as abortion and euthanasia trump other issues because they are intrinsic evils.  The U.S. Bishops voter’s guide, Forming Consciences for Faithful Citizenship, states:

The threat of abortion remains our preeminent priority because it directly attacks life itself, because it takes place within the sanctuary of the family, and because of the number of lives destroyed.

There are some things we must never do, as individuals or as a society, because they are always incompatible with love of God and neighbor. Such actions are so deeply flawed that they are always opposed to the authentic good of persons. These are called “intrinsically evil” actions. They must always be rejected and opposed and must never be supported or condoned. A prime example is the intentional taking of innocent human life, as in abortion and euthanasia. In our nation, “abortion and euthanasia have become preeminent threats to human dignity because they directly attack life itself, the most fundamental human good and the condition for all others” (Living the Gospel of Life, no. 5). It is a mistake with grave moral consequences to treat the destruction of innocent human life merely as a matter of individual choice. A legal system that violates the basic right to life on the grounds of choice is fundamentally flawed.

Second, Martin says we voters are called to use their consciences when deciding how to vote.  While technically true, as is often the case with Fr. Martin’s diabolical statements, he omits the Church’s teaching on the correct formation of one’s conscience.   Conscience is not an excuse to vote for what one “feels” is important.  Everyone Catholic a duty to form their conscience. Formation of conscience means educating and training it. We do this by learning and taking to heart the objective moral law, as found in Scripture and the authoritative teachings of the Catholic Church. This forms conscience in objective moral truth as taught by Christ and his Church.  One of the main problems with today’s Catholics is that are living with malformed consciences.

RELATED STORY: On the Seamless Garment

“A Catholic would be guilty of formal cooperation in evil, and so unworthy to present himself for Holy Communion, if he were to deliberately vote for a candidate precisely because of the candidate’s permissive stand on abortion and/or euthanasia. When a Catholic does not share a candidate’s stand in favour of abortion and/or euthanasia, but votes for that candidate for other reasons, it is considered remote material cooperation, which can be permitted in the presence of proportionate reasons.”

The key phrase here is “in the presence of proportionate reasons.”  Abortion is as an “intrinsic evil” which takes precedence over other issues. We would like to challenge you to identify what is “proportionate” to the evil abortion and the frequency with which it is committed. The truth is Catholics can only consider other issues if BOTH candidates support the intrinsic evil of abortion.