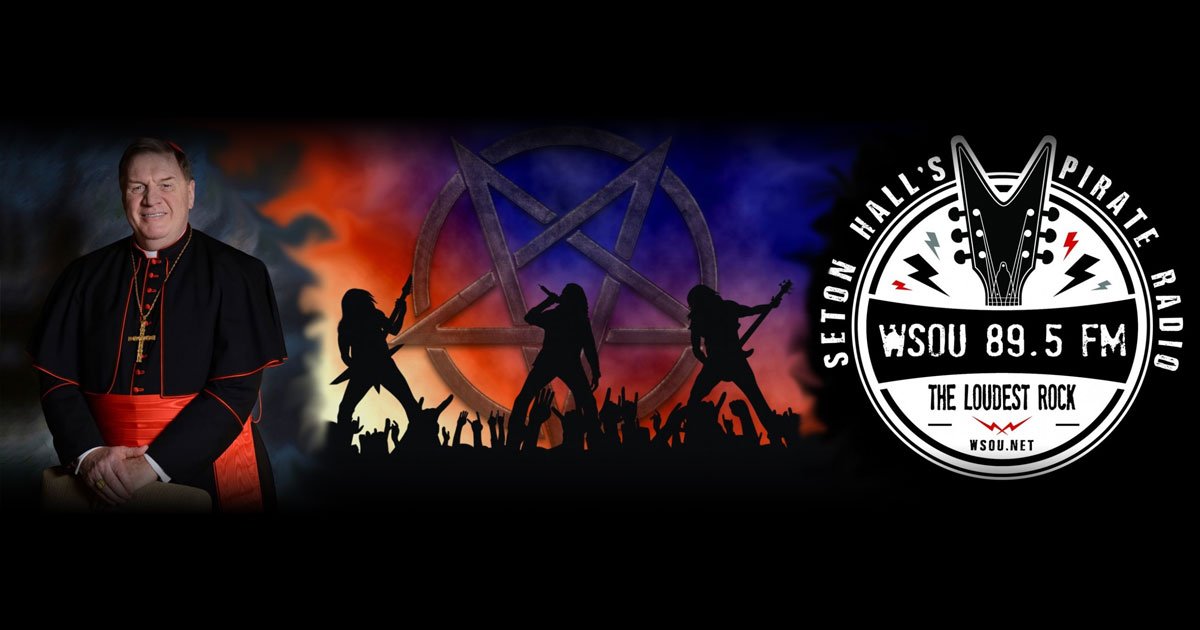 On June 4, 1986, Archbishop Peter Gerety formally stepped down as the head of the Archdiocese of Newark, paving the way for his young successor, Theodore McCarrick.  Speaking of the then 56-year-old McCarrick, Abp. Gerety said, “I believe it is time for a younger man to take over the reigns of office here in Newark.”    He also said that McCarrick’s ”outstanding success” in the Diocese of Metuchen ”augurs well for the future of this archdiocese.”

As recent history well notes, McCarrick’s move to the Archdiocese of Newark would spell disaster for souls, marking the beginning of a long trail of scandals and ruined vocations.  Amid the sexual advances made toward seminarians, the notorious beach house bed-parties, and general rise in financial and personal prominence, McCarrick’s legacy of notoriety can now include the spread of openly satanic music.

Founded in 1948, WSOU 89.5 FM is a student-run radio station owned and operated by the Catholic University of New Jersey, Seton Hall.  Seton Hall, in turn, is a Diocesan university, belonging to the Archdiocese of Newark.  Mere months after McCarrick assumed the office of Newark’s new archbishop, WSOU changed its broadcasting format to hard rock and heavy metal.

TAKE ACTION: Send an email to Cardinal Tobin and Seton Hall board members.

Please copy and paste the list of email addresses and send the following note to Cardinal Tobin and members of the Board of Regents and the Board of Trustees, demanding that WSOU be closed down, permanently.  NOTE: This is not a complete list of the members of those boards, but it is sufficient for addressing the problem.

Dear Cardinal Tobin and Regents and Trustees of Seton Hall,

As a faithful Catholic, I am appalled to learn that a radio station belonging to a Catholic university under the authority of the Archdiocese and Cardinal Archbishop of Newark, NJ is broadcasting violent, satanic music in direct opposition to the Catholic faith.  For the salvation of souls, both yours and those listening to this filth, I demand that WSOU be forced to close down immediately.

Sincerely yours in Christ,