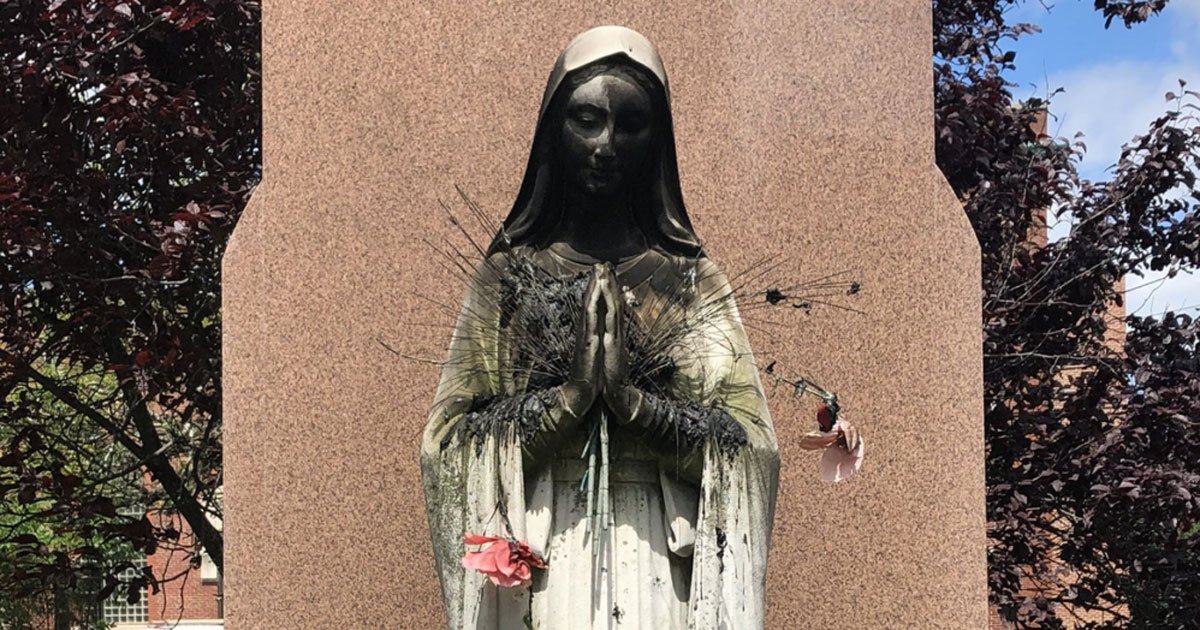 The “criminals” who have vandalized and targeted Catholic Churches and religious statues will be prosecuted “to the fullest extent of the law,” a senior White House official told the Daily Caller News Foundation on Friday.

The White House official cited the “recent onslaught of violence against Catholic monuments like the Virgin Mary statue in Boston and the Jesus statue in Miami” calling these acts “absolutely appalling.”

“President Trump joins the Catholic community in solidarity during this difficult time,” the official told the DCNF. “Rest assured, President Trump will always demand law and order in American communities, and ensure the criminals causing these sacrilegious acts will be prosecuted to the fullest extent of the law.”

Read more at the Daily Caller

Visit our live interactive map of attacks on Catholics