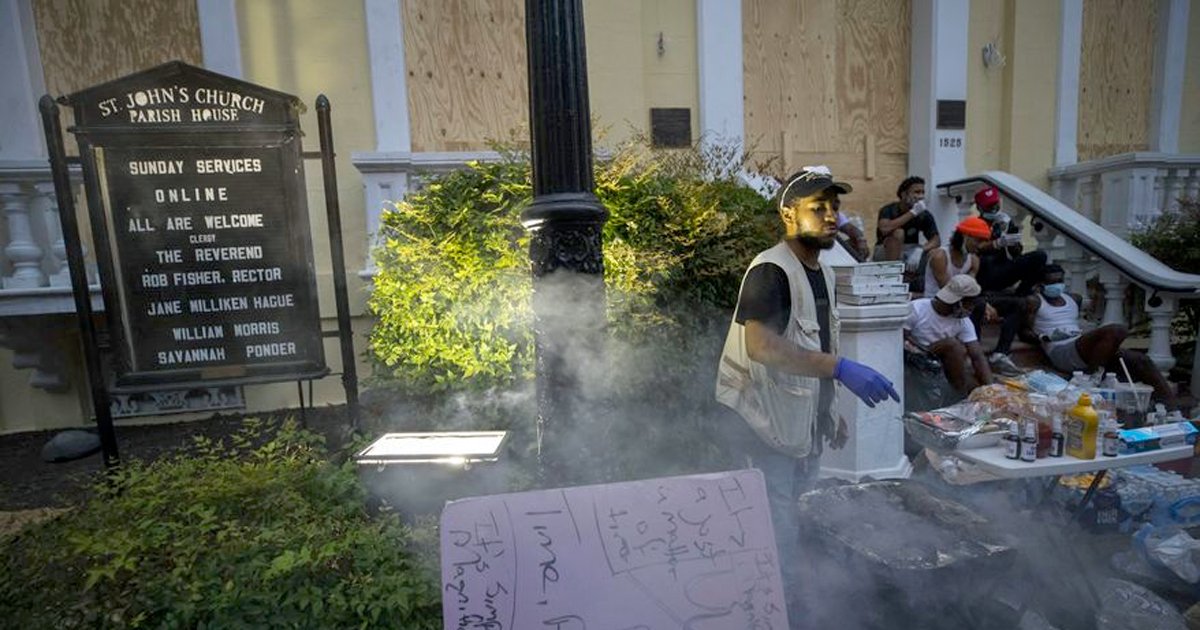 It would be quite a stretch to blame churches for George Floyd’s death, police brutality or Confederate memorials, yet houses of worship and religious statues are coming under attack in the protest mayhem.

Last weekend, at least four Catholic Church-affiliated buildings and statues from Boston to Los Angeles were set on fire or vandalized. A blaze that gutted the 249-year-old San Gabriel Mission, once led by Father Junipero Serra, is being investigated as possible arson.

“Given that there were four attacks on Catholic churches nationwide over a 48 hour period, from July 10 to July 12, suspicion, obviously, turns toward the left wing extremists who have been toppling statues of Saint Junipero Serra and attempting to remove a statue of Saint Louis,” Catholic Action League Executive Director C.J. Doyle said in an email.

The focus on church institutions also has bolstered the contentions of those who say the protests are no longer about Floyd or even defunding police, but rather a radical reordering of American society fundamentally at odds with the U.S. religious liberty tradition.

Read more at the Washington Times