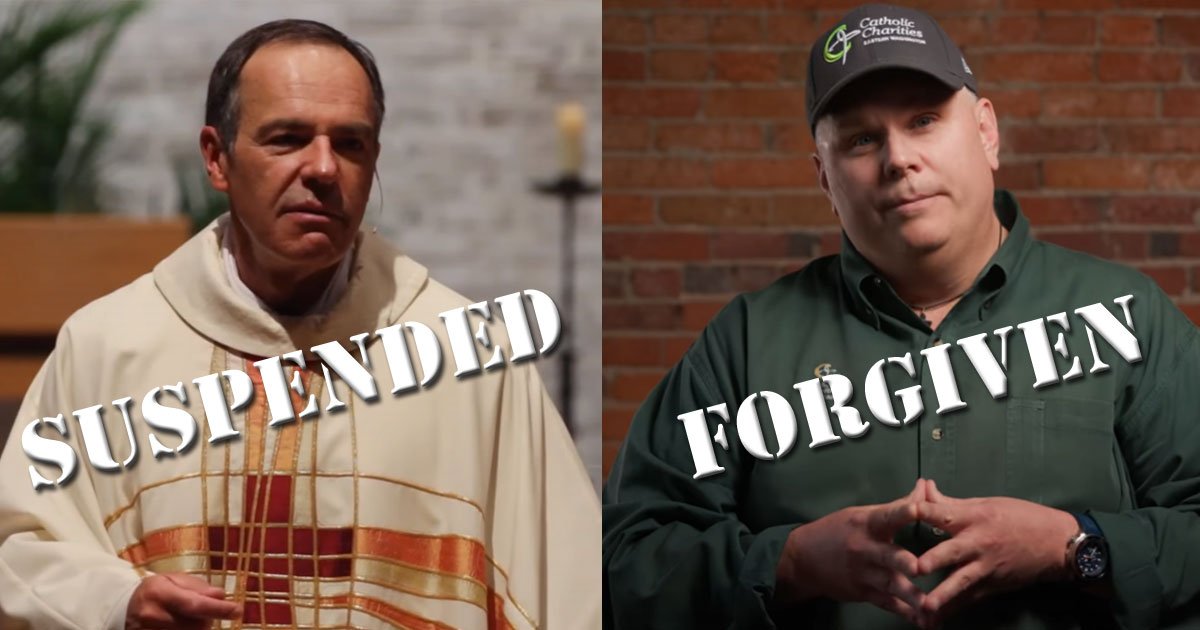 Pastor Rothrock was suspended for speaking the truth about the evil BLM organization, but Rob McCann has been allowed to keep his $174,000 a year job after calling Catholics racist.

Spokane Bishop Thomas Daly recently issued a statement in response to the controversial video published by Robert McCann, CEO of Catholic Charities of Eastern Washington, just over two weeks after the video had been published on YouTube.

Dr. McCann’s blunt presentation was interpreted by many as levying false accusations against “whites” and the Catholic Church. This was only one of several issues that his video raised. Many faithful Catholics, whose lives evidence a daily commitment to compassion and justice, expressed their disappointment and frustration with Dr. McCann’s message.

I met with Dr. McCann earlier in the week to address my concerns over a number of statements he made in his presentation. Our conversation was candid and frank – and hopefully productive. Dr. McCann has now posted a letter that I encourage everyone to read. It provides some retractions and clarifications.

McCann was allowed to issue a Points of Clarification letter trying to explain some of the statements in his video, which included:

My Catholic Church, and my Catholic Charities organization, is racist. How could they not be? Our Catholic faith tradition is built on the premise that a baby, born in a manger, in the Middle East, was a white baby. So how can we be surprised to know that we must still fight against racism. The Catholic Church in America has its own long, terrible history of owning slaves, staying silent about others who did the same, and being part of the institutionalization of racism.

McCann has been allowed to keep his $174,000 job at Catholic Charities and remains the CEO of the Eastern Washington organization.

Fr. Rothrock of the diocese of Lafayette, Indiana, on the other hand,  was suspended for his column critical about the Black Lives Matter (BLM) organization. His apology apparently wasn’t enough for Bishop Timothy Doherty who suspended him just 3 days after the bulletin was published.

So what’s message being sent by our bishops?  It would appear to us that bishops are more fearful of the radical Marxist protestors than they are of the members of their own Church.  There’s one big difference, however.  BLM members are not depositing checks in the collection plates each week.  Faithful Catholics need to exercise the power of the purse to have their voices be heard.

TAKE ACTION: We invite concerned Catholics to contact Bishop Daly and Bishop Doherty to RESPECTFULLY share their thoughts about these two incidents.