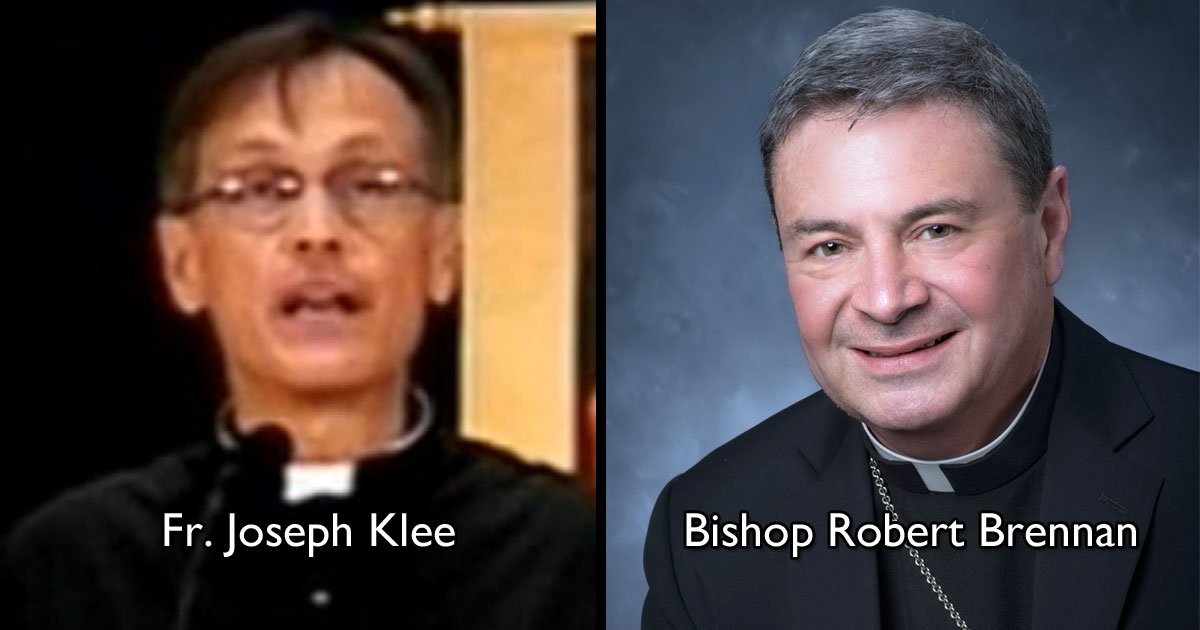 Bishop has yanked a priest known for his pro-life work from ministry thanks to threats by LGBT activists.

Bishop Robert J. Brennan of the Diocese of Columbus in Ohio announced last week that Father Joseph Klee is neither assigned to, nor represents, the parishes of St. John the Baptist and Sacred Heart.

“Father Klee has shown a pattern of making communications to a broad audience on a variety of contemporary issues which are frankly divisive,” Brennan wrote in a “Special Message” on the St. John the Baptist parish website.

“While these communications seemingly present Catholic moral teaching, they are often offensive and disrespectful to the human dignity of persons,” he continued.

“Father Klee has been repeatedly warned about making these divisive communications and ordered to cease doing so. Further steps are being considered at this time.”

Klee told LifeSiteNews that the bishop’s announcement was caused by prayer hours he held on the Solemnity of the Sacred Heart, this June 19, and on the Memorial of the Immaculate Heart of Mary, the following day, as well by the threat of violence from “the local active homosexual community.”

TAKE ACTION: Contact Bishop Brennan at 614.228.2457 and respectfully let him know what you think of his action.