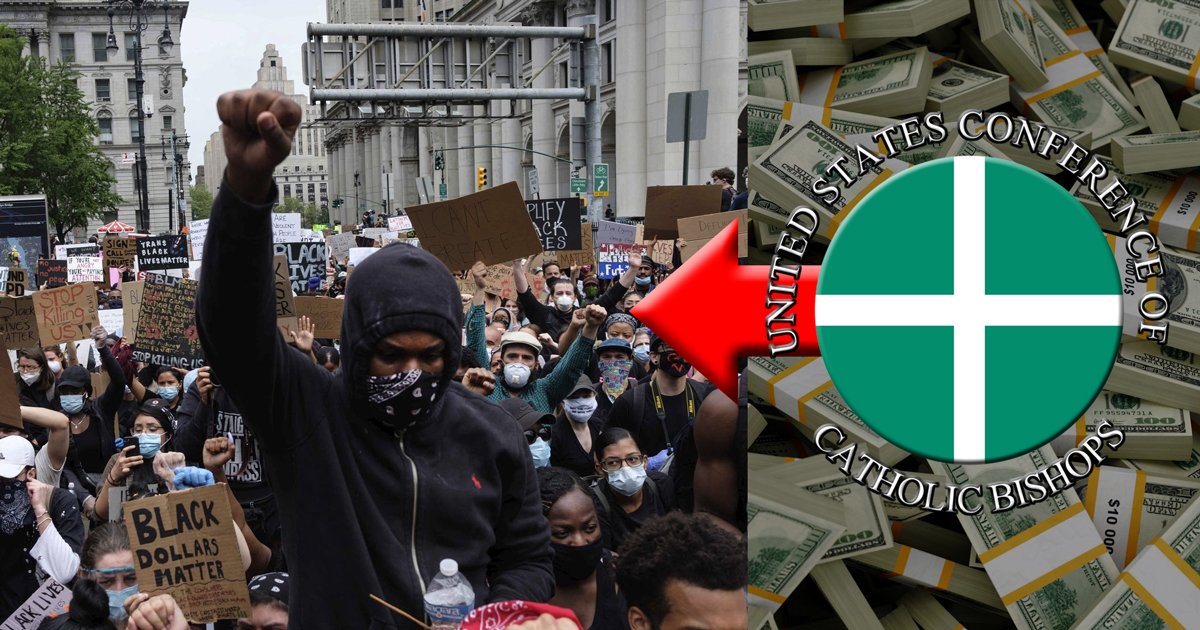 George Floyd was an unknown name until he died while being restrained by four police officers in Minneapolis, MN.  Because Floyd was black, and the officer seen restraining him on video was white, the incident was immediately branded as a crime of racism sparking riots throughout the country.

Within days of the incident, Catholic bishops rushed to condemn racism and the way in which Floyd died.  But when “peaceful” protests turned into riots, causing billions of dollars in damage and stolen goods, the bishops have been curiously silent.

In fact, it’s been 20 days since we issued a report showing that the US bishop’s anti-poverty program, the Catholic Campaign for Human Development (CCHD), has given nearly a million dollars to 8 community organizing groups whom we caught marching with chants of “death to the racist pigs,” justifying the looting, and calling for open revolution.

If you’ve followed our work at the Lepanto Institute for any time, you’ve seen our highly detailed reports showing that the CCHD has been giving grants to radical Marxist, pro-LGBT, pro-abortion organizations for years.

The CCHD was always—and I mean always—a terrible idea. It was flawed from the beginning—it was always an effort to get Catholics in the pews to fund left-wing political action groups that talked about “peace” and “justice” in their missions, but were formed by Saul Alinsky and other pro-communist and socialist activists to work toward revolution. The chaos we are seeing on our streets today is a direct result of “work” done by these agitators.

We chronicled the CCHD’s socialist origins our article “The Marxist Core of the Catholic Campaign for Human Development” for the history.

The word “scandalous” barely covers it. Lots of official documents and communist defectors speak of communist governments’ desire to infiltrate and subvert the Church from within. They’ve been successful beyond their wildest dreams.