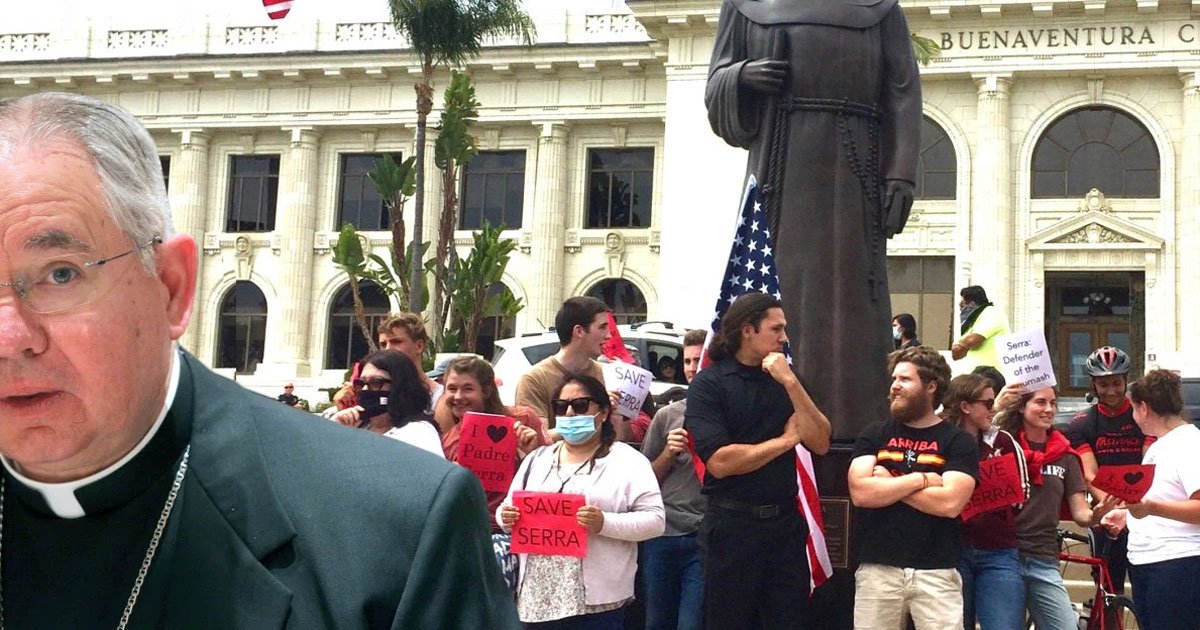 Thanks to the presence of a small band of Catholics, a “Tear Down Junipero Serra” event in front of Ventura City Hall on Saturday concluded with the bronze statue of Padre Serra standing unharmed.

Up and down California, mobs are destroying statues of Junipero Serra, canonized in 2015, along with statues of other prominent and not-so-prominent historical figures. Vandals toppled and destroyed statues of the saint in San Francisco and Los Angeles on Friday and Saturday.

“The three of us are confident that a peaceful resolution regarding the Father Junipero Serra statue can be reached, without uncivil discourse and character assassination, much less vandalism of a designated landmark,” the statement said.

Junipero Serra founded the city of Ventura in 1782 when he established the mission of San Buenaventura, and his statue has stood in front of the city hall since 1936. The city installed a bronze statue in 1989 to replace the deteriorating original.