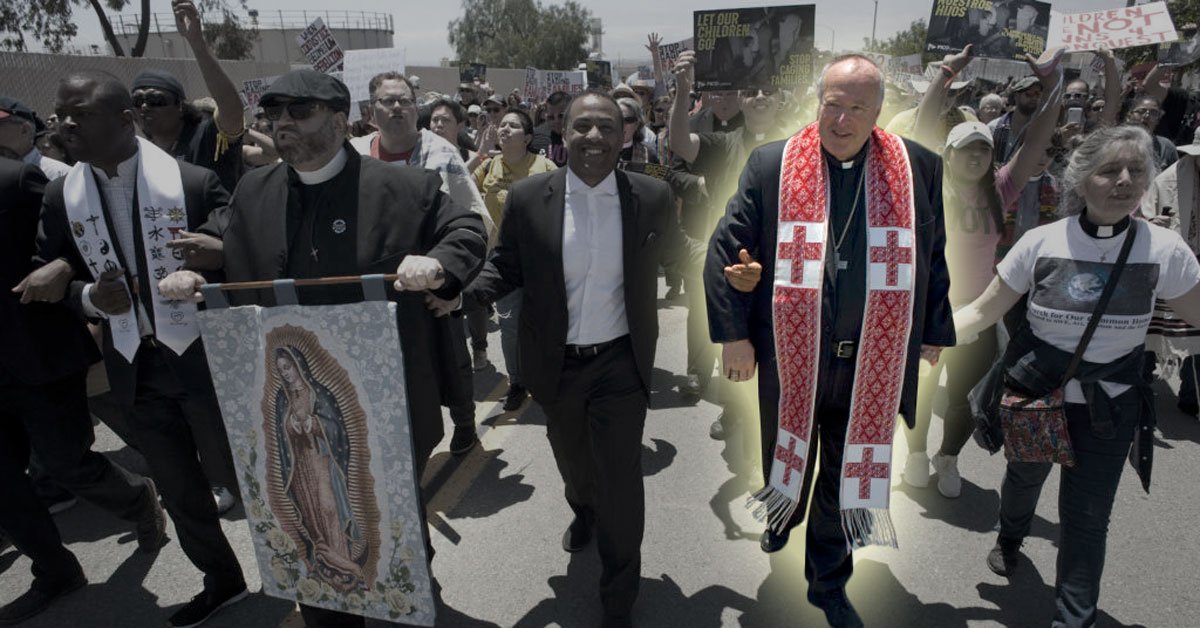 Robert McElroy, the Bishop of San Diego, has been a busy man over the past several weeks.

On June 1, he issued a statement regarding the death of George Floyd in which he stated:

The death of one man – in the killing of George Floyd – conveys the evil of 400 years of racial oppression. The words of one man – “I can’t breathe” – capture the pervasive and insidious power of racial prejudice that is layered within the structures of American public life and its legal, political and economic systems.

On June 6, McElroy officiated a special Mass with the Catholic African American Community at the Church of The Immaculata.  During his homily, McElroy stated:

…of all the elements of original sin that weigh down our humanity, racial, ethnic and cultural prejudice are the most hateful and unceasing. It is a bitter mystery of the human soul why we find contentment in looking down upon, isolating and vilifying others because of the color of their skin or their national background.

Daily, in our own lives and in our society, we rupture the compact we have with God through racism and structures of racism and we cannot stand silent.

On June 18, McElroy was part of a ‘Virtual Stations of the Cross‘ campaign sponsored by the California Bishops to draw attention to the sin of racism.  Bishop McElroy gave the 10th station at the original site of the Ku Klux Klan headquarters in San Diego, stating:

Part of the humiliation of crucifixion was that the prisoner was stripped naked, left totally exposed.  This was done to deny the condemned person’s dignity. Racism also attempts to strip others of their dignity.

In spite of all of Bishop McElroy’s virtue signaling, members of the Black Lives Matter (BLM) have decided to target one of his parishes.  The following tweet (which has subsequently been removed) was recently posted on Twitter encouraging BLM members to ‘protest’ (we all know what that means) at a San Diego parish. 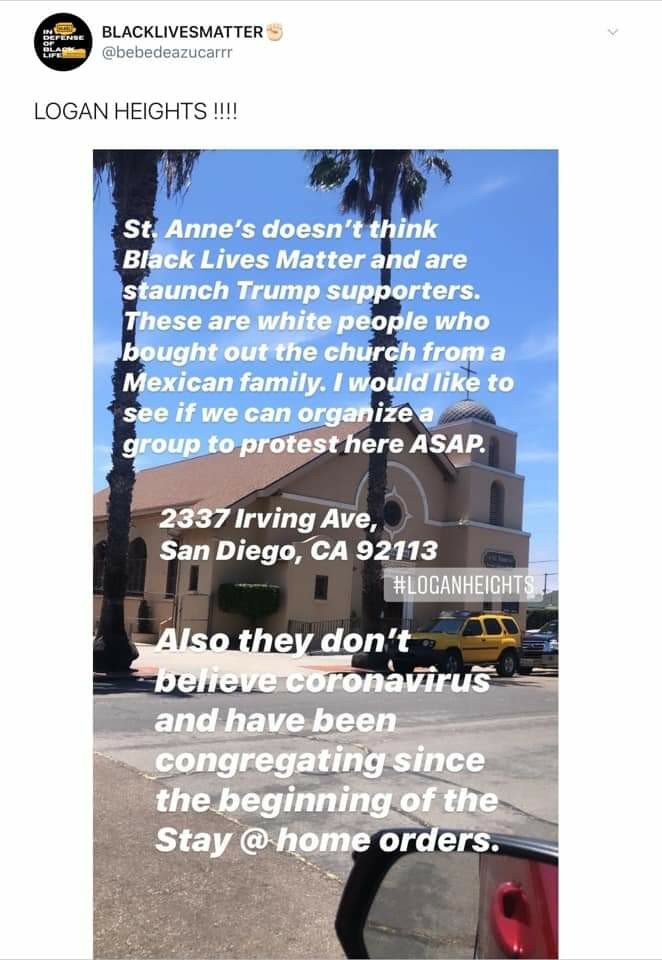 TAKE ACTION: Encourage Bishop McElroy to condemn BLM’s plan to assault one of his parishes by calling him at 858.490.8310.

Opting for peace does not mean a passive acquiescence to evil or compromise of principle. It demands an active struggle against hatred, oppression and disunity, but not by using methods of violence. Building peace requires creative and courageous action. — Karol Wojtyła