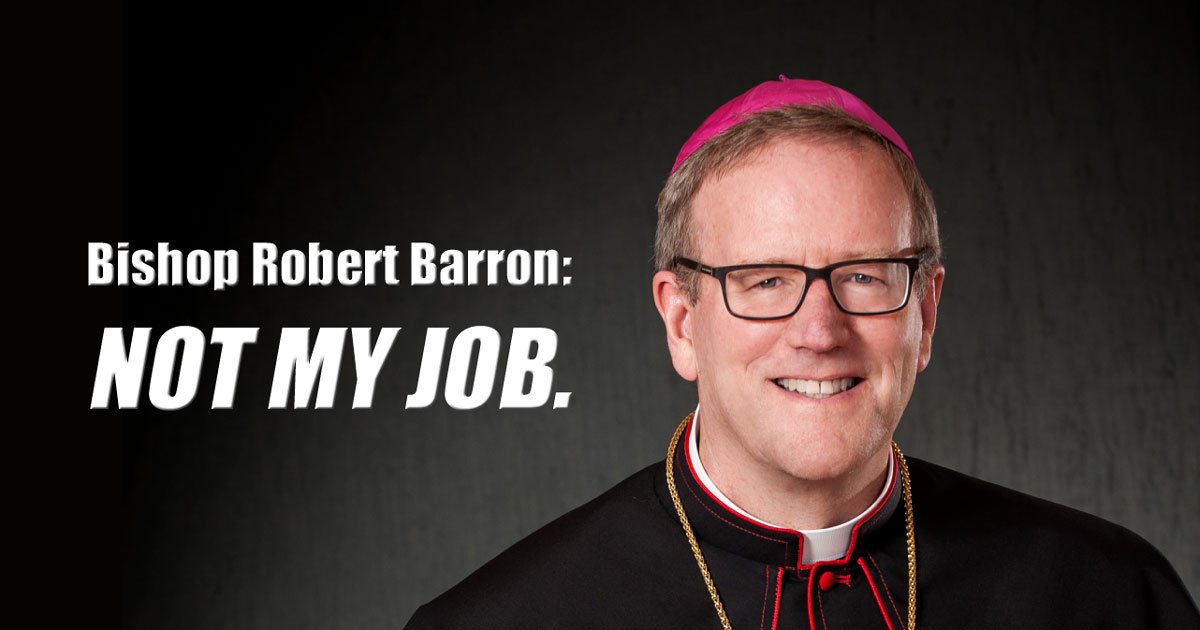 These days, many Catholics are asking the question:

Why aren’t bishops doing more in response to the rioting, looting, arson, vandalism and shootings that have plagued our nation, especially when these incidents involve Catholic parishes and monuments?

Most recently, protestors have attacked statues of Saint Junipero Serra in San Francisco, Ventura, and Los Angeles.  The California bishops responded with a relatively weak statement issued by their public policy organization.  Only San Francisco Archbishop Salvadore Cordileone had the courage to issue a personal statement specifically condemning the action in San Francisco.

When a lay Catholic woman expressed her frustration with the bishops’ weak response on Twitter, Los Angles Auxiliary Bishop Robert Barron responded by essentially telling her that it was not the job of the bishops to engage in the public square. 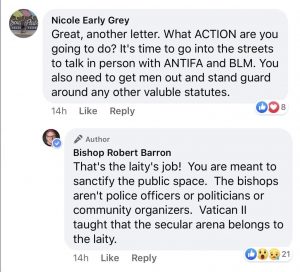 Barron was miffed enough about what he was seeing on social media that he felt compelled to write a column on the subject:

My purpose in this article is not to examine the specific issues surrounding Padre Serra but rather to respond to a number of remarks in the comboxes that point to what I think is a real failure to understand a key teaching of Vatican II.

Barron states that Vatican II teaches that it was the duty of the laity to sanctify public spaces. He has a point. If lay Catholics were more engaged in forming the culture over the past 50 years, it is doubtful we would be experiencing the violence we are now seeing in our streets.

RELATED STORY: Bishop Baron Blocked Me (And Here’s Why)

But Barron can’t get off the hook by simply quoting from Lumen Gentium.  U.S. bishops haven’t hesitated in getting involved in other matters concerning the public square.  If its primarily the laity’s job, then why are U.S. bishops:

When the subject involves illegal immigration, gun control, the death penalty, judicial reform, universal healthcare and the like, it would appear U.S. bishops have no problem spending money, participating in protests and criticizing our elected officials.

The bishops have set a standard by their involvement in these issues.  Bishop Barron cannot slough-off responsibility by simply pointing to Vatican II and claiming its not his job when it comes to anarchists in our streets.