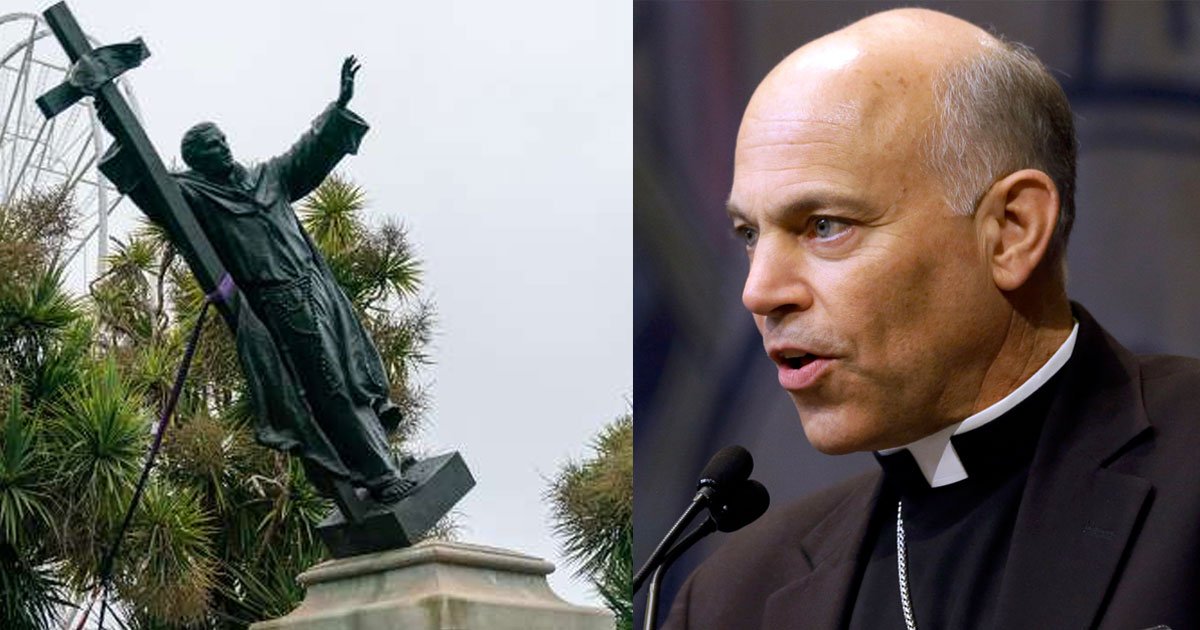 After the toppling of a saint’s statue in San Francisco, the city’s archbishop said Saturday that important protests over racial injustice have been “hijacked” by a mob bent on violence.

“What is happening to our society? A renewed national movement to heal memories and correct the injustices of racism and police brutality in our country has been hijacked by some into a movement of violence, looting and vandalism,” Archbishop Salvatore Cordileone said in a statement June 20.

The archbishop’s statement came after a statue of St. Junipero Serra was torn down in San Francisco’s Golden Gate Park Friday, along with statues of Francis Scott Key and Ulysses S. Grant.

“The toppling and defacing of statues in Golden Gate Park, including that of St. Junipero Serra, have become the latest example,” of that shift in the protest movement, the archbishop added.