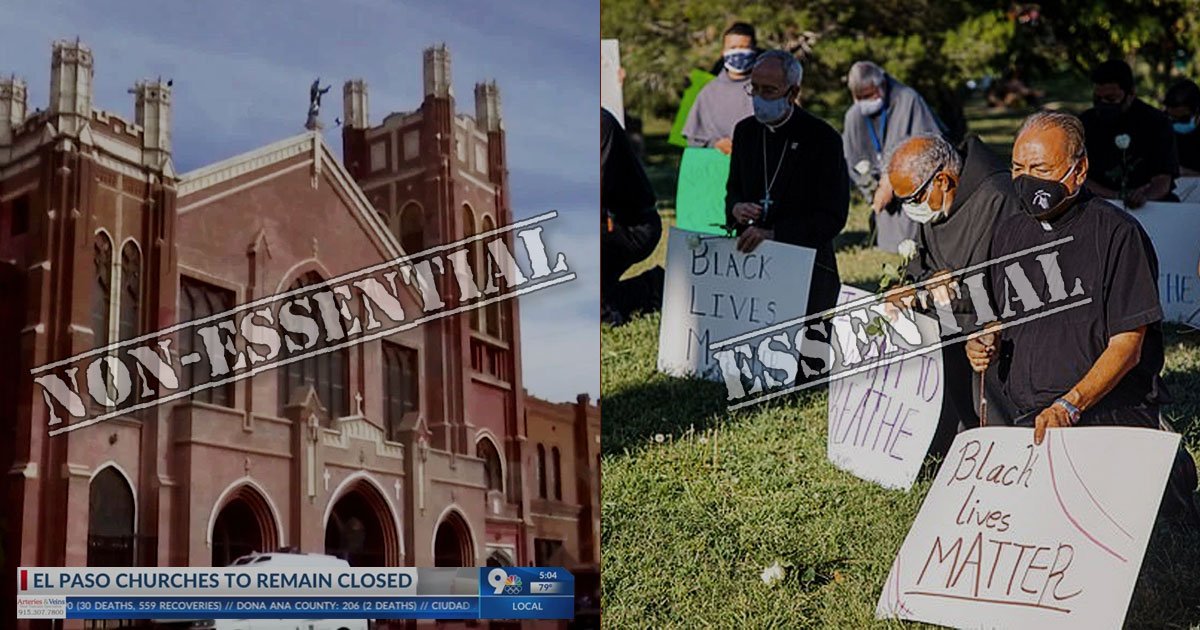 As a new wave of protests erupt in response to the death of Rayshard Brooks, many Catholics are finding themselves angered, frustrated, and perplexed, but not in the way that immediately comes to mind. For months, we have been told that we must be exiled from the public celebration of the Mass, and, in some dioceses, from the Sacraments as a whole, for the sake of the common good. We were told by countless bishops and priests that we have an obligation to protect the most vulnerable among us from the spread of Covid-19.

Imagine the surprise of many of the lay faithful at seeing some bishops and priests marching in the streets in various demonstrations around the country in direct violation of current public health and safety protocols that are still restricting or suspending the public celebration of the Mass and the Sacraments in many dioceses. The issue here is not that these Catholics are uninterested in supporting demonstrations against racism. Racism is an intrinsic evil and we have an obligation to fight against it in all of its forms within our society. The issue is that these priests and bishops seem to have forgotten their sacred duty in all of the emotional fury gripping our nation’s streets.