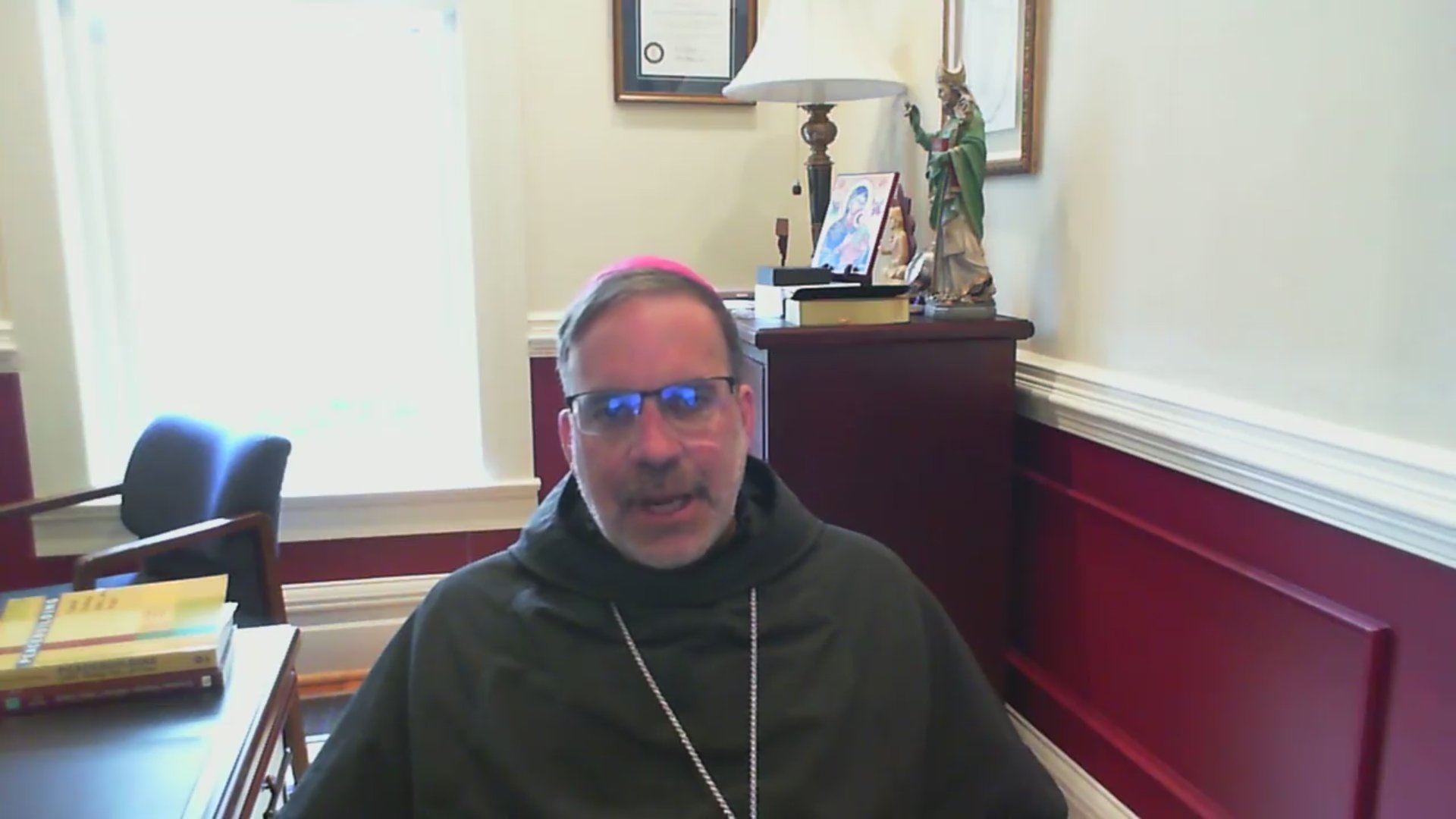 On June 14, 2020, Bishop John Stowe of the diocese of Lexington, KY issued a Facebook video message in recognition of Gay Pride Month.  In his 4 minute message, Bishop Stowe:

Notably missing from Bishop Stowe’s message was the reaffirmation of  Catholic teaching, including paragraph 2357 Catechism of the Catholic Church which states:

Basing itself on Sacred Scripture, which presents homosexual acts as acts of grave depravity, tradition has always declared that “homosexual acts are intrinsically disordered.” They are contrary to the natural law. They close the sexual act to the gift of life. They do not proceed from a genuine affective and sexual complementarity. Under no circumstances can they be approved.

Also missing from the Bishop’s message was any mention of Courage, the Catholic ministry that assists those who struggle with same-sex attraction to lead chaste and holy lives.

An uninformed person could easily conclude from Bishop Stowe’s message that the Catholic Church has historically been wrong in its teaching about homosexuality and that this teaching has now in some way changed.

Informed Catholics, on the other hand, could conclude that Bishop Stowe has committed the sin of omission.

Stowe has a history of aggressively pushing the LGBTQ+ agenda within his diocese. Stowe also publicly accuse Covington High School students of “racists acts” during the National March for Life in 2019.  Subsequent reviews of the event clearly showed that radical protestors were attempting to provoke the students.  To the best of our knowledge, Stowe never apologized for his uniformed comments.

Contrast Stowe’s message with that of Bishop Thomas Tobin who last year warned Catholics in his diocese that they should not show support for LGBTQ+ events during the month of June.

Bishop Stowe’s video message was posted on the Facebook page of JR Zerkowski who is Director of the Catholic LGBTQ+ Ministry for the Diocese of Lexington. Zerkowski is also Executive Director of another LGBTQ+ group called Fortunate Families which openly dissents from Church teaching.

A sample of Zerkowski ‘s social media posts are shown below: 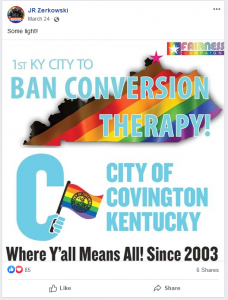 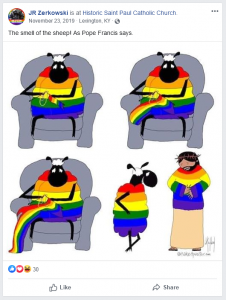 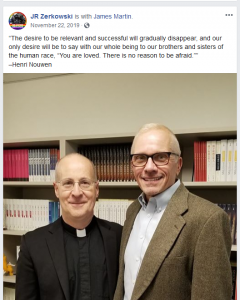 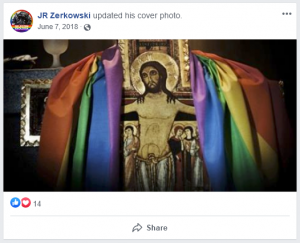 TAKE ACTION: Contact Bishop Stowe at 859.253.1993 and RESPECTFULLY let him know how you feel about his action.