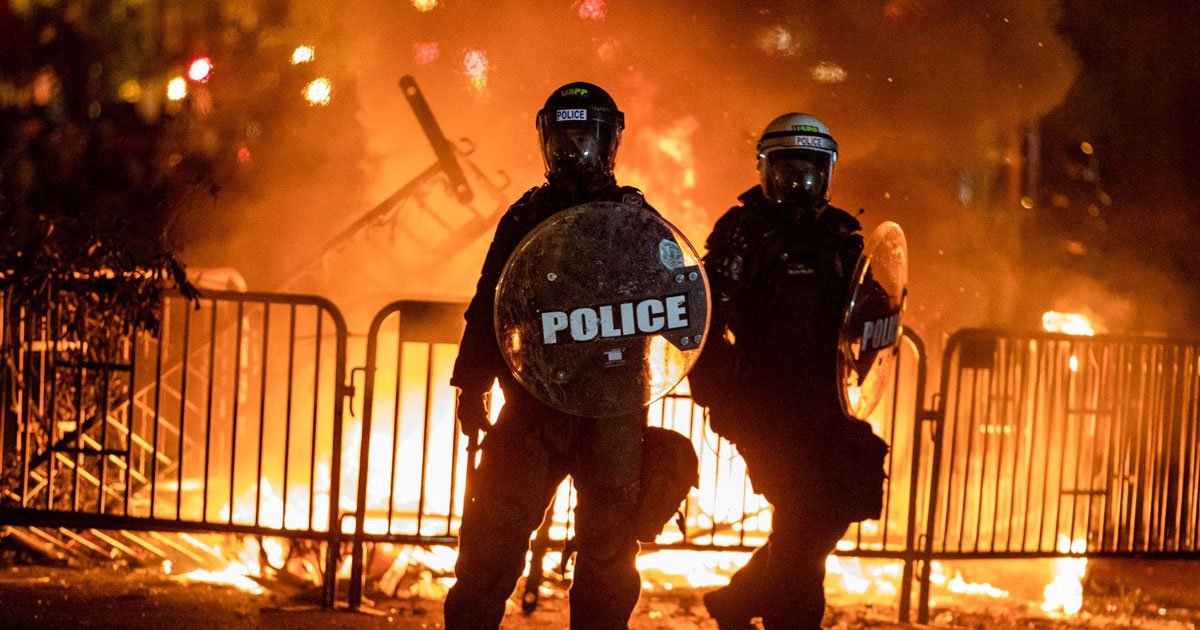 The United States Conference of Catholic Bishops, through the Catholic Campaign for Human Development (CCHD), is funding organizations actively involved in calls for revolution, the killing of police officers, and the defunding of police departments.

All of this follows a long and sordid history of the CCHD providing millions of dollars to organizations that have long served as communist front groups, waiting for the right time to spark a Marxist revolution.  See our article titled, “The Marxist Core of the Catholic Campaign for Human Development.”

In the wake of the ignoble death of George Floyd, violent riots have erupted in cities all across the country resulting in billions of dollars of damage and stolen goods and the murder of at least two police officers.  Hundreds of officers have been targeted as a result of violent rhetoric coming from the riots.  In New York, two officers were shot and one stabbed in the neck after being ambushed by rioters.  Four other officers were shot in St. Louis while they stood in a police line.  Two officers were shot by a rioter in Richmond, VA.  In Oakland, CA, two offers were shot (one killed) in a drive-by ambush.  Others have been hit by bricks, baseball bats, rocks, and even a car.

Read more at the Lepanto Institute