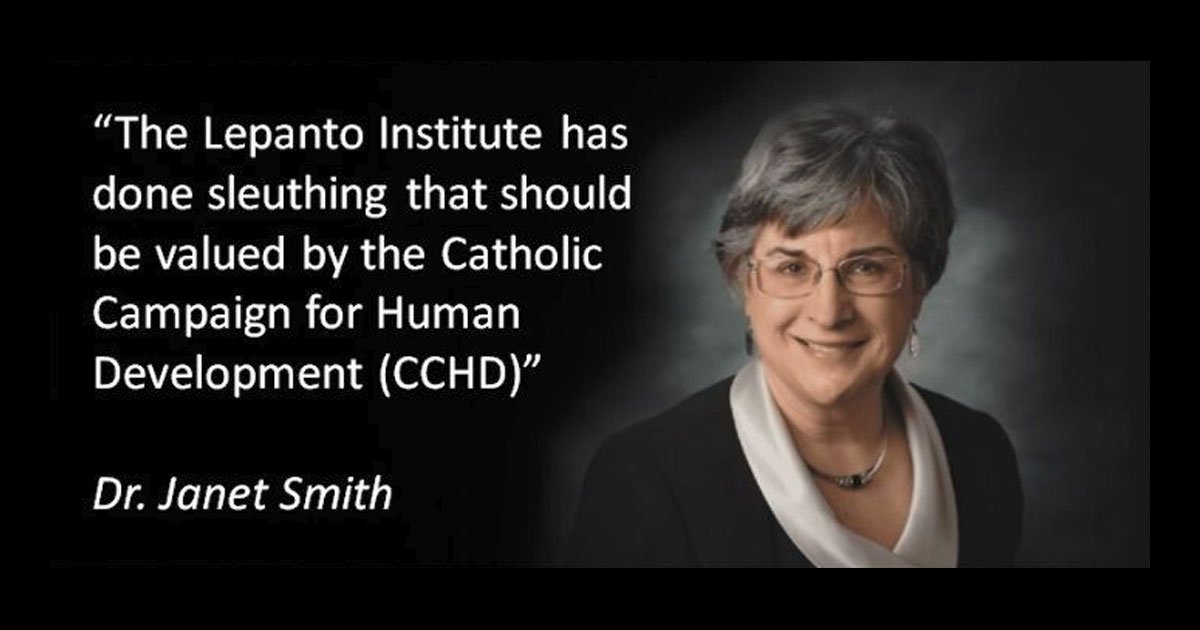 In July of 2019, the Lepanto Institute published a report on a $750,000 grant from the Catholic Campaign for Human Development (CCHD) that went to an organization called the Ignatian Solidarity Network (ISN). At issue was the fact that ISN has published a number of articles affirming homosexuality and transgenderism and hosts an annual conference that includes workshops geared toward indoctrinating high school-aged children in homosexual and transgender activism. A couple of weeks later, the CCHD defended its grant to ISN, claiming:

The Ignatian Solidarity Network (ISN) was not encouraging or promoting anything contrary to Catholic teaching. The topics and workshops were designed to inspire inclusion and safety for those who are physically or emotionally threatened for being LGBT, in line with the Catechism’s instruction that every sign of unjust discrimination in their regard should be avoided.

Four months after that, ISN held another conference, which again included open promotion of LGBT activism.

Faithful Catholics continue to be upset that Catholic funds went to an organization blatantly acting against Church teaching, so the Lepanto Institute asked moral theologian, Dr. Janet Smith, to examine the issue and prepare a moral analysis of the situation. Dr. Smith is the author of several books and many articles on Humanae Vitae, human sexuality, contraception and abortion. She served three terms as a consulter to the Pontifical Council on the Family and also served as a member of the Anglican-Roman Catholic International Commission III for eight years. She has received two honorary doctorates and several other awards for scholarship and service.