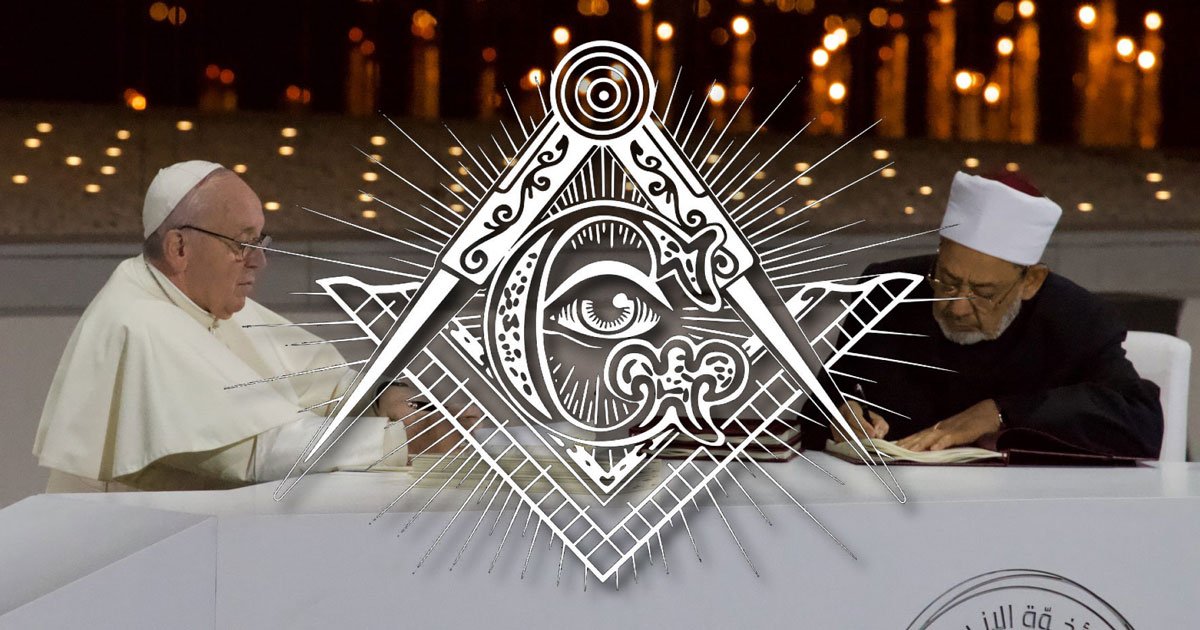 A document on human fraternity which Pope Francis and Sheikh Ahmed el-Tayeb, Grand Imam of Al-Azhar university, co-signed last year in Abu Dhabi, has been given a ringing endorsement in the magazine of Italy’s largest Freemasonic fraternity.

The Document on Human Fraternity for World Peace and Living Together is “innovative” and a “slow-release drug” that could herald a “new era” and represent a “turning point for a new civilization,” writes Pierluigi Cascioli, a journalist with Nuovo Hiram, the quarterly magazine of the masonic Grand Orient lodge in Italy.

He adds that the text “is important both because of the two authoritative joint signatures and for its content.”

The five-page “Human Fraternity” document was praised when it was published as an effort to push back a drift toward a “clash of civilizations,” but it also received criticism for its syncretic elements and a controversial passage that stated the “diversity of religions” is “willed by God.”